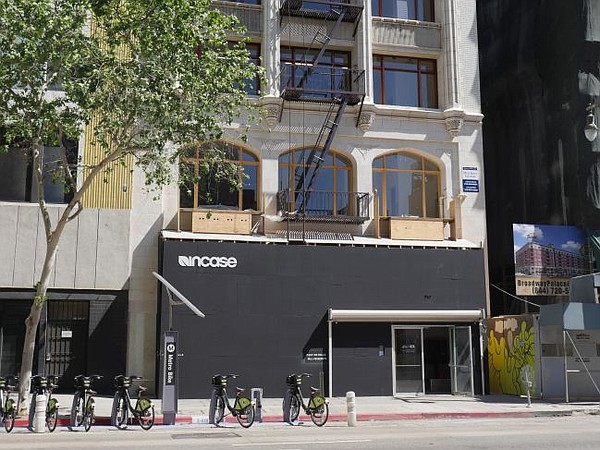 The barricade is up. The semi-official word is out. Incase is going to move to downtown Los Angeles.

After years of developing a reputation as design nerds with a focus on Apple products, the Orange County, Calif.-headquartered bags and accessories brand is going to open new creative offices and a flagship store across the street from Ace Hotel in the Downtown Los Angeles, Erik Paulsen, Incase’s general manager, said.

The new space will be located at 910 S. Broadway in a building owned by pink haired designer Tarina Tarantino. The office is just a stone’s throw away from the main drag of the city’s Fashion District.

Incase’s new digs will include a space which formerly housed a retail store for Oak. We’ve been told to expect a grand opening in the second half of this year.