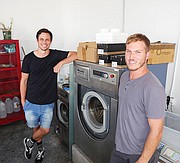 The entrepreneurs want to dye the basics styles from their Los Angeles–based brand, Groceries Apparel, in natural dyes. They figure that it’s the only way to offer their customers a 100 percent ecologically sustainable product, which they call non-toxic. They also want to bring organic clothing from boutiques and sell it on more of a mass scale. Groceries is sold at Nordstrom, 800 independent boutiques and its own e-commerce site (groceriesapparel.com).

But there’s a problem. The industry for natural dyes—pigments made from vegetables, minerals, tree bark and the bodies of insects—basically shuttered in the 19th century and was replaced with synthetic dyes, which were preferred by 19th-century consumers because of their long-lasting properties. But more than a century later, there are heavy costs to pay. Environmental groups such as Greenpeace have criticized synthetic dyes for creating environmental havoc such as polluting rivers across the world. In 2012, Greenpeace lobbied fashion brands to commit to a zero discharge of hazardous chemicals in waterways by 2020. 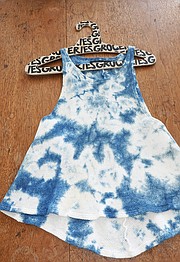 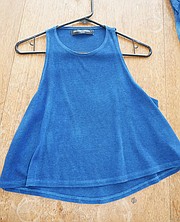 The business for natural dyes is in its infancy in the United States, and it’s not that big of a market around the world. Lohman estimates that about 5 percent of Groceries styles are dyed with natural dyes. To reach its goal, Groceries is partnering with a dyehouse to expand the capacity to make natural dyes. There are a handful of natural dyehouses in America. Brands such as Patagonia and Eileen Fisher use natural dyes.

Lohman and Boelk have set no deadline for converting their entire label to a naturally dyed line. But Lohman, still dressed in shorts and tee shirt like the UC Santa Barbara undergraduate he was when he first got interested in the environmental movement, said it was crucial to commit to natural dyes.

“This is an extremely toxic industry,” Lohman said. “It’s about time we discover a holistic model that accounts for all impacts, not just monetary. I set a path for Groceries that we either achieve a 100 percent level of nontoxic, local and ethical garments or we shut down the business. I’ll be kicking and screaming trying to make this happen.”

Making it happen might take the mental agility of an inventor, the aesthetic sense of an artist and the will of an entrepreneur, said Kathy Hattori, who has worked to revive the business of natural dyes with her Seattle-based company, Botanical Colors LLC.

“It’s definitely an art to take and coax color out of a root or a leaf or an insect,” Hattori said.

The infrastructure for a mass natural dye business has not been built yet in America. Prominent U.S. brands have found success with natural dyes, Hattori said. But the subject is off the radar for many companies.

Lohman estimated that prices for naturally dyed goods are more than 15 percent to 30 percent higher than clothing made using synthetic dyes. He forecasts that when more dyehouses make more natural dyes, prices will come down.

He and Boelk currently experiment with natural dyes at a studio in downtown Los Angeles. The 1,200-square-foot space features two washing machines and two dryers. They are experimenting with natural colors such as a blue indigo. It may be extra work, but Lohman prefers it. He doesn’t have to worry about offshore factories cutting corners and dealing with labor and environmental practices that would be illegal in America. “It’s not possible unless I am there every day. We have a commitment to do everything in the United States.” 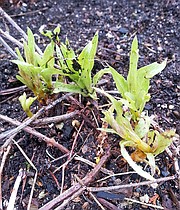 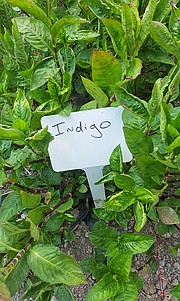 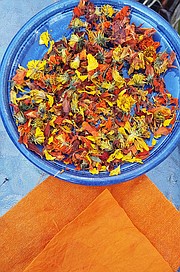