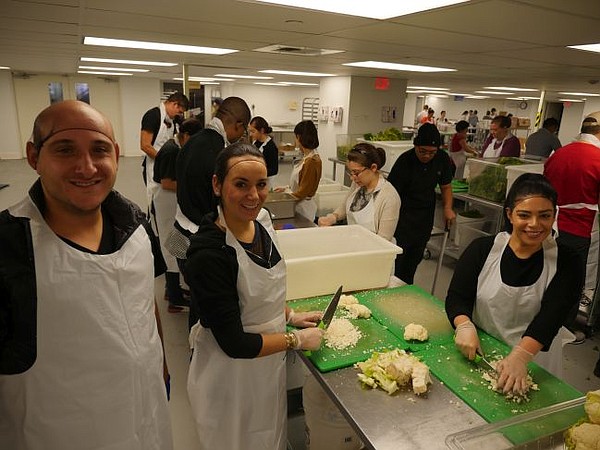 Eli Pirian of the Baciano company traveled with a group of Los Angeles fashion biz people on Dec. 9 to volunteer for L.A. Kitchen, which is headquartered in the city’s Lincoln Heights neighborhood. The focus of the day was to make lunches for first responders fighting fires raging in Los Angeles and Ventura counties, as well as those displaced by the fires.

L.A. Kitchen made news this year when its chair emeritus, chef José Andrés, produced kitchens to feed those displaced by Hurricane Maria in Puerto Rico. 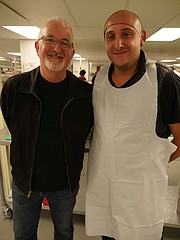 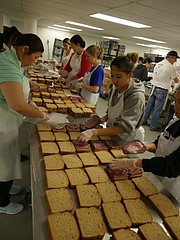