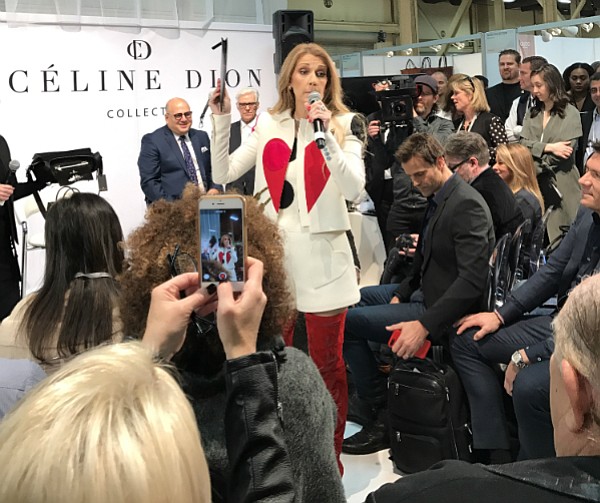 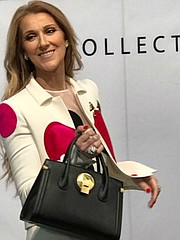 Celine Dion has launched a line of handbags

It was press conference where a speaker both sang and spoke her message. Singer Celine Dion introduced her self-named Celine Dion Collection accessories line at the Project Womens show on Feb.21.

Show buyers and attendees crowded the booth where Celine Dion addressed a crowd of broadcast and print journalists, and the Grammy Award-winning singer explained why she got into the fashion game.

"Fashion is another way for me to communicate with my fans," Dion said, wearing a Schiparelli outfit bearing a design of a heart pierced by arrows. "I hope when I perform that I am accessible. I also hope I can do that in fashion."

Dion said that she was actively involved with designing the new line. If she didn't like the design direction of a clutch bag or a tote, she would tell designers, and they would change course into a direction she preferred.

The Bugatti Group produced the Celine Dion Collection, which includes more than 75 accessory categories including handbags,luggage and wallets.

When a reporter asked if the line would introduce men's styles, Dion said it was a possibility, then broke into her version of James Brown song "It's A Man's, Man's ,Man's World: She sang "This is a man's world...but he's got no purse!"

The crowd laughed, and it minutes later it was onto taking photos of Dion posing with her new purses.