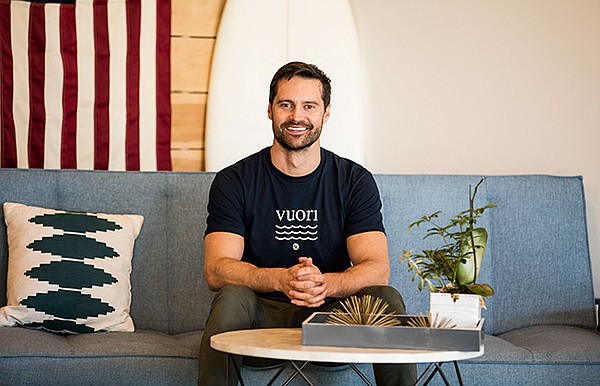 Vuori’s Performance Clothes Are made with Versatility and Comfort

At yoga studios around Encinitas, Calif., the former model noted a style imbalance between men and women. Women were equipped with performance clothes that were made for the rigor of exercise but also looked good.

The guys at his studio were wearing boardshorts—no big surprise in surf-centric Encinitas, the home of Hansen Surfboards, one of California’s oldest surf shops. But what was good in the water didn’t feel good in the yoga studio. After years spent wearing workout clothes made out of synthetic fabrics, Kudla wanted to wear something that felt more like cotton.

In 2014, he started working on a line that men could wear to the gym, to yoga, to CrossFit, as well as to a coffee shop. It would be performance clothing with a coastal California feel. 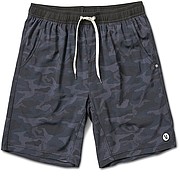 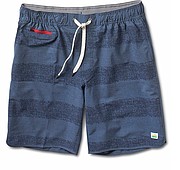 Fast-forward to the present, the brand Vuori is sold at 600 doors, including REI and The Shop at Equinox, the boutique at the high-end fitness center national chain. There’s also a Vuori boutique in Encinitas. The brand is on the move. In July, it opened a pop-up shop at the Malibu Country Mart in Malibu, Calif.

The brand is for gym rats, yoga people, anyone who exercises. But there is also a lifestyle element that is very California, Kudla said.

One of its top-selling items is the “Kore Short.” It is constructed with a four-way stretch fabric and supportive boxer brief–style liner. The lining was intended to give support without being overly compressive or squeezing too much.

Another top seller, the “Banks Short,” looks like a boardshort with a scalloped leg hole. It has no liner. The quick-dry style is made from an antimicrobial fabric and is intended to be used in water and out.

Vuori also makes sweatpants, jackets, T-shirts and caps. Kudla said that 10 percent of the line is manufactured in California. For Fall 2017, the company worked with REI on a Vuori women’s collection. But Vuori’s focus will remain on men’s styles. There isn’t as much competition in the field, Kudla said. He forecasts there is a lot more growth. Vuori shows at the Move segment of men’s trade show MRKT as well as at Active Collective in Huntington Beach, Calif., and Outdoor Retailer. 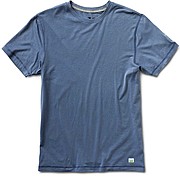 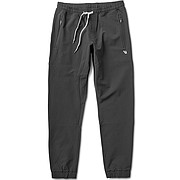 Vuori works with a fabric made by a brand called V4 Technology. The custom four-way stretch fabric has anti-odor, moisture-wicking and quick-drying properties. The brand’s tops use a Seacell fabric made out of algae and wood pulp. The eco-friendly fabric has a cotton-like feel. Other sustainable fabrics used in the Vuori line include fabrics made from recycled plastic bottles and coconut husks.

“The brand is on a very fast growth trajectory,” Kudla said. “When we look to the future, we want to inspire people to lead healthy, happier lives.”

At the Encinitas flagship and the Malibu pop-up, Vuori offers yoga and other fitness classes during the week and also provides gallery space to local artists.