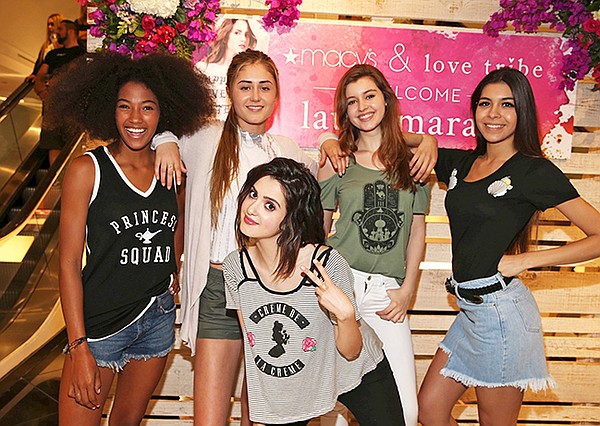 It’s been a tough week at Macy’s Inc.

There was a sell-off of Macy’s stock after the prominent retailer announced a 5.2 percent decline in same-store sales for its first quarter of the 2017 fiscal year. Net sales in the first quarter of 2017 were reported at $5.338 billion, which was a year-over-year decline of 7.5 percent.

News of slow business during the first quarter of the year was compounded by Wall Street doubts on how the retail giant—with 700 stores operating under nameplates such as Macy’s, Bloomingdale’s and Macy’s Backstage—will become a healthier business under a backdrop of declining mall traffic and doldrums in the department-store sector.

During a May 11 conference call with retail analysts, Macy’s Chief Executive Officer Jeff Gennette said that the department-store retailer expects a rebound powered by fashion. “What’s working is where we have exclusivity. Our customers love that. And simple is working. When we simplify and build and edit and promote great products that customers can only get at Macy’s, that our customers can easily see on the floor, we get the sell-through,” Gennette said in a Thomson Reuters Street Events transcript of the call.

Around the time of the conference call, Macy’s rolled out a slate of fashion exclusives.

The department-store giant announced that it would work with star designer Anna Sui on the Anna Sui x Inc line, which is scheduled to be available at 25 Macy’s stores and online (www.macys.com) in early September. It will feature men’s and women’s apparel and women’s footwear.

The company also announced an exclusive with prominent designer Cynthia Rowley. According a brand statement, the line, called CR by Cynthia Rowley, will be available at 149 Macy’s stores and at www.macys.com. With retail price points of $79 to $179, the line offers tops, skirts, pants, dresses and jackets featuring colorful prints.

In early May, Macy’s at South Coast Plaza retail center in Costa Mesa, Calif., was the site of a party for the launch of Love Tribe, a juniors and young contemporary collection manufactured by Hybrid Apparel. Macy’s at South Coast Plaza hosted a meet-and-greet with line ambassador Laura Marano, a star of the Disney Channel series “Austin & Ally.” Tops for the line retail for $29.

In December, Macy’s announced that it would sell an exclusive with former BCBGeneration designer Joyce Azria. The line, called Avec Les Filles, shipped in the first quarter of 2017, and it is sold at 155 Macy’s and the e-commerce site.