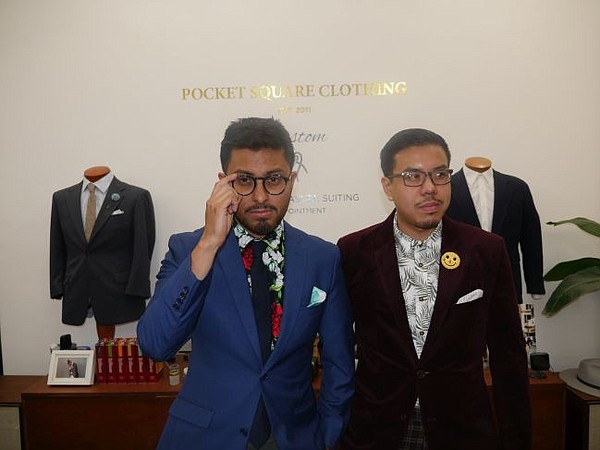 From pompadoured hair to high end sneakers, men’s styles have been reaching for new heights in the past five years. The guys in Pocket Square Clothing hoped that they could capture some of the creative ferment in a handkerchief.

More than six-years-ago, Andrew Cheung and Rodolfo Ramirez started PSC in their dorm room at University of Southern California. The idea was to make pocket squares out of bright prints and bold colors. The label branched out to ties, custom shirting and custom suiting. In 2016, PSC produced a string of pop-up shops across Los Angeles. Reception was good enough that they took a dive into permanent brick-and-mortar, and signed a 10-year-lease on a physical store at 205 W. 7th St. in downtown Los Angeles.

On May 25, Cheung and Ramirez celebrated the first anniversary of their boutique. During a toast to the store, Jason E.C. Wright, PSC’s director of operations, said that his company hoped the boutique could serve as something more. “This is a community space,” Wright said. “If you have a good idea, and you need a place to grow. Talk to us.”

Denizens of the menswear world dropped by the party, Cheung said that they are all putting their individual print on a new wave of menswear. “Menswear is evolving, but it always goes back to classics,” Cheung said. “What is important is that you tailor it to your style.” 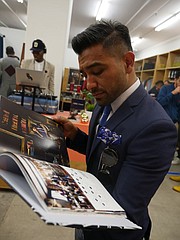 PSC’s community spirit was documented in the book District Book//DTLA. The coffee table guide book shows a new wave of downtown Los Angeles culture, and an entry in the tome is devoted to PSC. Image courtsey District8Media 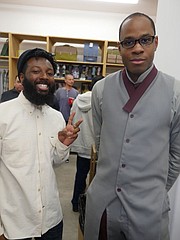 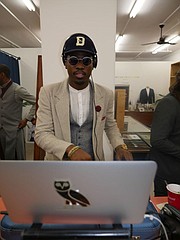 Briggs, a creative director and a face of the PSC brand, deejays. 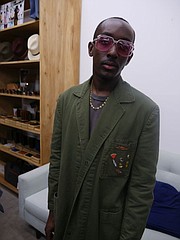 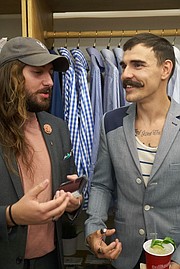