The 2018 trade-show circuit saw a lot of changes that ranged from shifts in leadership at event-production companies to acquisitions and new-product launches. Many shows were reporting successful turnout by attendees due to an uptick in the economy, which brought greater consumer confidence and willingness to spend.

As consumer-spending habits continued to shift toward a demand for a more seamless shopping experience and tailored service with unique products, trade-show organizers sought a formula that both embraced the new way of doing business but also satisfied the needs of bricks-and-mortar retailers and designers.

The evolution of the trade-show world in 2018 saw the United Kingdom’s Reed Exhibitions announce a number of changes to its offerings. Nearly one year after the departure of Agenda founder Aaron Levant in January, Reed Exhibitions announced on Nov. 19 that its January 2019 edition of the show—scheduled to take place in Long Beach, Calif., at the Long Beach Convention Center—would be postponed as the company shifts the event to a more consumer-focused offering. 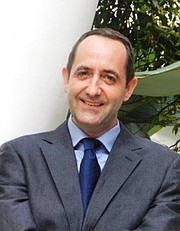 A testament to its expansion into the consumer market, Reed Exhibitions announced its pop-up retail and hip-hop event ComplexCon would see an expanded show in Chicago July 20–21, 2019, at the city’s McCormick Place convention center.

In 2017, Reed Exhibitions gauged the city’s interest in the event when it hosted a ComplexCon pop-up event at Chicago’s Museum of Contemporary Art. The summer event is an expansion of the show producer’s Long Beach ComplexCon brand, which takes place in November at the Long Beach Convention Center.

While the future of Agenda’s Long Beach event remains undetermined, the concept of its Las Vegas trade show will continue to focus on business-to-business attendees. Important changes to the Agenda Las Vegas show included the appointment of Tony Shellman as Agenda Las Vegas event director in July. During the August Las Vegas shows, an announcement was made that Agenda Las Vegas and the Liberty Fashion & Lifestyle Fairs would move to the city’s downtown area in February 2019.

The two shows will leave their previous location on the Las Vegas Strip at the Sands Expo and Convention Center in favor of the World Market Center, a 5 million-square-foot events center located in downtown Las Vegas just outside the city’s Arts District.

During 2018, Emerald Expositions saw a lot of changes in show production and leadership. The trade-show producer, headquartered in San Juan Capistrano, Calif., moved its Swim Collective and Active Collective to the Anaheim Convention Center after an eight-year run in Huntington Beach, Calif.

The trade-show production company, which owns 55 events including Surf Expo, Outdoor Retailer and the Imprinted Sportswear Show, is searching for a new chief executive following the Nov. 1 resignation of David Loechner, who had worked with the company—and its previous incarnations—for 35 years. In December 2018, Emerald Expositions announced the cancellation of its 2019 Interbike trade show in Reno, Nev.

At the August installment of UBM’s WWDMAGIC in Las Vegas, attendees saw a new addition with the inclusion of a section named ON:LINE. Powered by the business-to-business e-commerce marketplace FashionGo, the area allowed buyers to explore a select number of pieces by different brands on-site but also afforded online access for buying at a later time.

As many brands within the fashion industry seek more ecologically sound production practices along the supply chain to meet consumer demand for responsibly produced apparel, ReMode launched as a single resource to provide sustainable solutions. A second installment of ReMode is planned for Oct. 29–30, 2019, in Los Angeles.