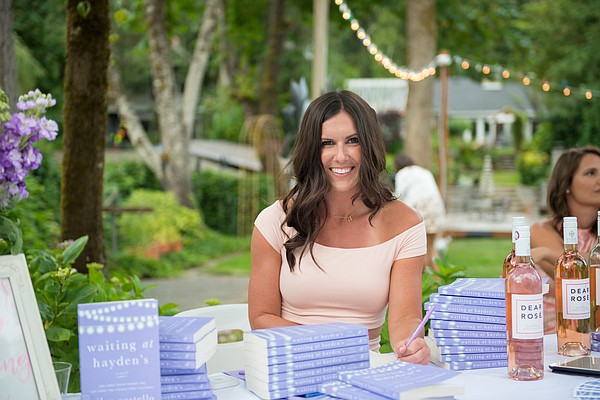 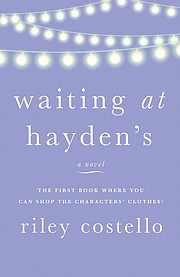 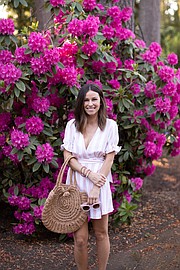 Alex Elliott, who plays Charli in the "Waiting at Hayden's" miniseries, wears a dress by Privacy Please, Ash and Ky bracelet and bag by Lucky Brand. Photo credit: Olivia Ashton 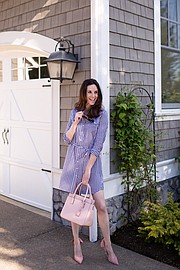 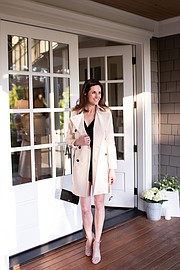 When Riley Costello would watch the television show "Sex and the City," she wanted to have immediate access to shop for the outfits worn by Sarah Jessica Parker's character Carrie Bradshaw.

Costello's dream of having her own romantic novel published has been realized, but with an interactive e-commerce twist. With today's release of her first novel, "Waiting at Hayden's," the Newport Beach, Calif., resident allows readers to shop for the clothes worn by her own characters.

Through the digital and print editions of Costello's novel, readers are able to use her new Shopfiction platform. The e-book application links text to videos of the scenes in which an item of clothing appears and leads readers through the steps of ordering the piece. Readers who have the print edition will find a list of webpages in the back of the book to easily locate the complementary videos for each outfit.

"I styled, wrote and produced all the videos that are in the book," she said. "I collaborated with a lot of clothing brands to pick pieces that were either from their summer collections or things that fit the personalities of my characters."

While Costello admits that she has always loved to shop, her inspiration to launch Shopfiction was deeper than simply creating a new e-commerce platform. Taking cues from some of entertainment's strong female forces, Costello is seeking to tell women's stories from their perspectives and lift up her peers.

"I was really excited about Shopfiction because, not only does it give me an opportunity to hire a lot of women actors, put in a lot of clothing brands to get a lot of female voices heard and seen, but I think it will be another way for women's stories to be out there," she explained. "What Reese Witherspoon is doing in the movie industry, I want to bring that to the book industry."

Many of the featured outfits were designed by brands that were founded by women, including Witherspoon's Draper James and San Diego-based Van De Vort, supporting Costello's mission to tell women's stories and promote the businesses of female entrepreneurs.

"It was neat to feature bigger brands, such as Tory Burch," she said. "Then I tried to also feature people that maybe my readers haven't found but I have."

In addition to featuring smaller clothing labels, Costello is excited to expand the Shopfiction platform to other authors whose books would be enhanced through this technology.

"We're continuing to work on the technology to make this better, faster and easier for other authors to put their books out the same way," she said. "Down the road, we're trying to make a bar code or improve the technology so it's easier to interact if you have the print book, so you won't have to type in a website."

Published by Sullivan & Shea Publishing, "Waiting at Hayden's" is now available in print and digital editions.