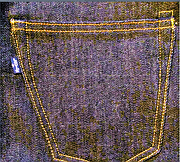 According to court documents, the tab has become a distinctive feature that distinguishes Levi Strauss & Co. apparel from other companies’ products.

Filed on Nov. 16 in U.S. District Court in Northern California, court documents show that Levi Strauss & Co. believes a similar tab included on YSL pants is an infringement of the brand’s tab feature for which the nearly 170-year-old company has owned rights for decades. Appearing for the first time in 1936 on the company’s overalls, the tab has become an important component of the brand’s identity, Levi’s maintained. 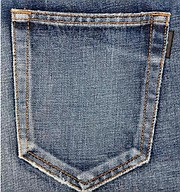 The complaint claims the YSL products caused “trademark infringement, unfair competition and dilution.” Court documents cite potential confusion for customers who recognize the tab on YSL products as a Levi’s feature, which could result in incorrect assumptions by consumers regarding the relationship between the two apparel makers.

In addition to blurring the lines between products manufactured by the two companies, the complaint mentions possible infringement in the future by other designers or clothing manufacturers. If the court allows YSL to continue manufacturing its products with the feature and profiting from the sale of the goods that include this tab, other manufacturers could potentially view the decision as a green light to infringe upon this specific component of Levi’s branding, according to the complaint.

Levi Strauss & Co. is asking the court to recognize the infringement and take action to force YSL to stop using the tab, an action that has been deemed “willfulness, wantonness, malice and conscious indifference to the rights and welfare of LS&Co.”

Additionally, Levi Strauss is seeking damages and financial recovery of any profits made from the sale of the YSL products in question.