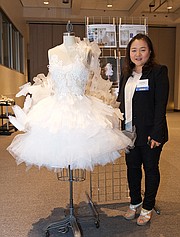 Los Angeles’ apparel-industry leaders gathered in the Fashion Theater at the California Market Center to honor students who presented innovative creations that gave a glimpse into the future of fashion and others who revealed fresh takes on traditional apparel making.

During the luncheon, the CFF gave out its Fashion Star Awards in five categories: design, brand development, presentation, technology and fashion with ethics.

Design honors were presented to:

• SooMin Chun of Otis College of Art and Design by Naked Cashmere.

• Rachel Galvez of the Fashion Institute of Design & Merchandising by Design Knit.

Brand Development Awards were given to:

• Hanan Argaw of the Academy of Art University, San Francisco by the Cooper Design Space.

• Reginald Snowden of the Art Institute of California, Hollywood by the California Market Center. 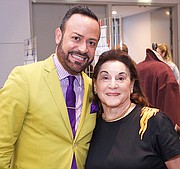 In addition to those honors, which included $1,000 awards, two students received Fashion with Ethics Awards. Eunju Kim was honored for her work by the Ben & Joyce Eisenberg Foundation while Reginald Snowden received his award from the Rags for Riches Foundation.

Technology Awards were presented to Michael Borscheid and Yvan Tran, who were honored by AIMS 360, and Yun Huang, who was recognized by Tukatech. In addition to their cash awards, the students were presented with software from each awarding company to ease the young designers’ entrance into the fashion industry.

The prestigious Betty L. Baumgardner Award for Best Use of Textiles was awarded to SooMin Chun.