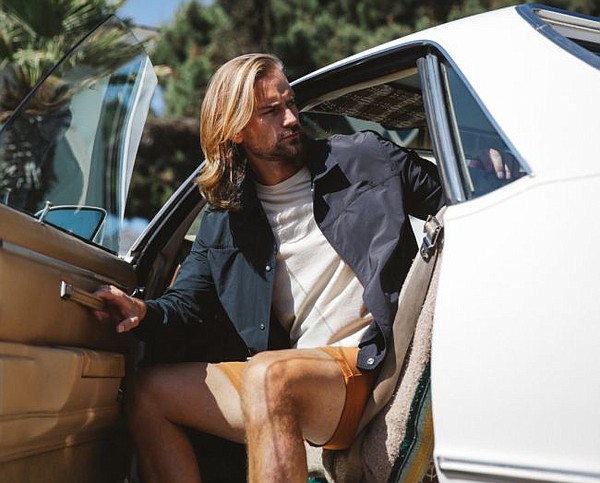 Life After Denim Parties for Its Abbot Kinney Pop-up

If you've walked into the Stag men’s emporium in the Abbot Kinney Boulevard district, you probably browsed through a display of the Los Angeles’ Life After Denim brand. Recently, the brand got something of a lift. For a few weeks, the Life After Denim will be found in the store’s loft, in a special area devoted to pop-up shops.

The pop-up, named Modern California, will show the brand's Spring ’19 looks. The brand respects truth in advertising. There is no denim in the collection. Looks range from chinos to outerwear and woven shirts with an Australian theme. Think of prints inspired by kangaroo tracks and foliage from Australia’s distinctive Daintree Rainforest, said Jessica Dennison, the brand’s national sales manager.

Life After Denim produced a party for the pop-up on March 28. The Modern California pop-up will run until May 20. Dennison said that the pop-up’s styles will change frequently. Expect to see new Life After Denim styles in the shop by mid-April.