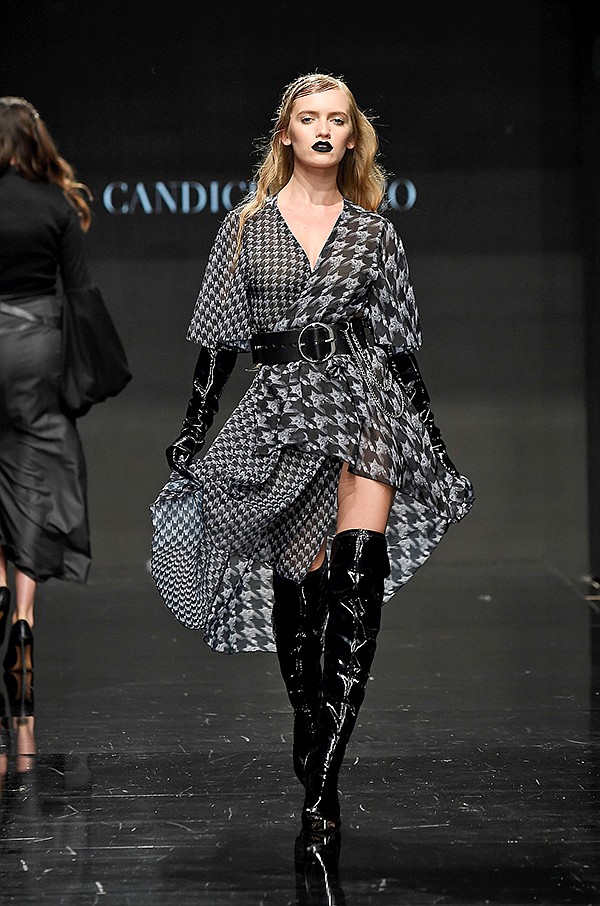 One year later, she introduced her self-named Candice Cuoco label, which offered custom corsets, moto jackets and dresses. But many of her fans couldn’t afford the more than $3,000 price tag for a corset and other high price points.

On her social media, women left variations of the same message. “I can’t wait until I can afford that,” Cuoco recalled them saying. She could sympathize. She often couldn’t afford her own designs.

Cuoco was determined to find a way to meet her customers’ demands. In February at the Project Womens trade show in Las Vegas, she unveiled a ready-to-wear division of Candice Cuoco, which was seen on the runway March 24 at Art Hearts Fashion in downtown Los Angeles, where she ended the event with an impromptu dance party on the runway. 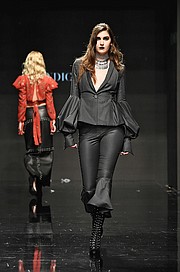 Work on the ready-to-wear line started last year when she asked her fans to share their thoughts on social media.

“They said that ready-to-wear should be simple. We don’t want boring. We want affordable and wearable,” she said. But she also did not want to compromise her atel­ier’s style in a bid for the wholesale market.

She looked to stress personality in the details. Some hangtags will contain seeds for roses. Some of the jackets will feature details such as ruffles on cuffs, which add a softer, more feminine style, she said.

Cuoco’s first ready-to-wear line, made in Los Angeles, features 40 styles, which include jumpsuits, wrap dresses, trousers and dresses with uneven hems. Also in the mix are leather jackets, which have been a focus of her brand.

One jacket is a blazer with a collarless, jewel neckline. Dresses have custom prints manufactured on Epson-brand printers. By making prints on an as-needed basis, her brand avoids overruns, she said. Retail prices for the new ready-to-wear label range from $250 to $650.

Cuoco’s ready-to-wear line was first formed as a partnership with NYX Cosmetics founder Toni Ko. Cuoco was going to serve as the line’s creative head while Ko was planning to take care of the business side of the label. But the partnership amicably dissolved, Cuoco said, when the designer wanted to take a more active role in running the business.

A short time after splitting with Ko, Cuoco started working with Lee Sporn, a former senior vice president of business affairs and general counsel for the Michael Kors brand. Sporn works as a senior adviser to Cuoco. 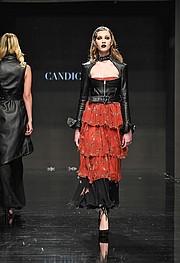 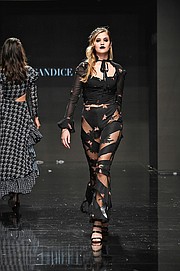