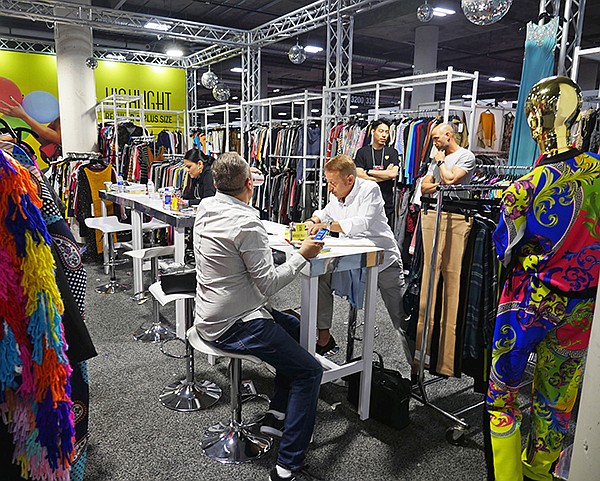 The scene at Offprice

During its Aug. 10–13 run at the Sands Expo & Convention Center, the Offprice show marked its 50th show and 25th year of providing a forum for off-price apparel, which is generally sold for 20 percent to 70 percent off retail.

The show also observed the second season of its newest feature, the Boutique section. In this boldly colored, carpeted area, 44 booths exhibited contemporary and special-occasion clothes at a slightly higher price point.

Tricia Barglof, Offprice’s new chief executive officer, was named to her new position a couple of weeks before the Las Vegas show started. She said that there were 415 exhibitors at the recent show. But vendor attendance dipped slightly because of the Jewish holiday of Tisha B’Av, which ran on the first two days of the show. Many Orthodox Jewish vendors did not work on those days.

Retailers such as Bi-Mart, Fleet & Farm and Huck Finn Clothes attended the show along with big off-pricers such as Citi Trends, Bealls and Variety Wholesalers. Vendor Tony Peters, vice president of Bermo, headquartered in Schoolcraft, Mich., said that the recent show surpassed his expectations. “It’s been a rocking and rolling show. I came in with low expectations. But there was a lot of pent-up buying,” he said. He estimated that his sales doubled from Bermo’s business at the August 2018 Offprice. Peters said that half his business was for Immediate orders while the other half was for orders out.

One reason for Bermo’s good business was that the vendor worked with a new market. In the past decade, Offprice goods have been harder to source. Brands have become efficient and cut inventories down, which have meant less goods to sell to Offprice vendors. Also, brands have found big business in making Offprice lines for outlet stores.

Bermo found a new market with promotional clothing, or clothing made for company uniforms. The styles have gone past T-shirts into sportswear, Peters said. If the outerwear, fleece and polo shirts do not have a company logo on them, they can be sold at an off-price store.

For Gila Leibovitch, co-owner of four specialty shops in Laguna Beach, Calif.­­— including The Vault Men—Offprice was a valuable place to search for Immediates for men’s clothing.

“There is not a quality pickup place for men’s clothing in Los Angeles,” she said. But Offprice gave opportunities to make fill-in orders.