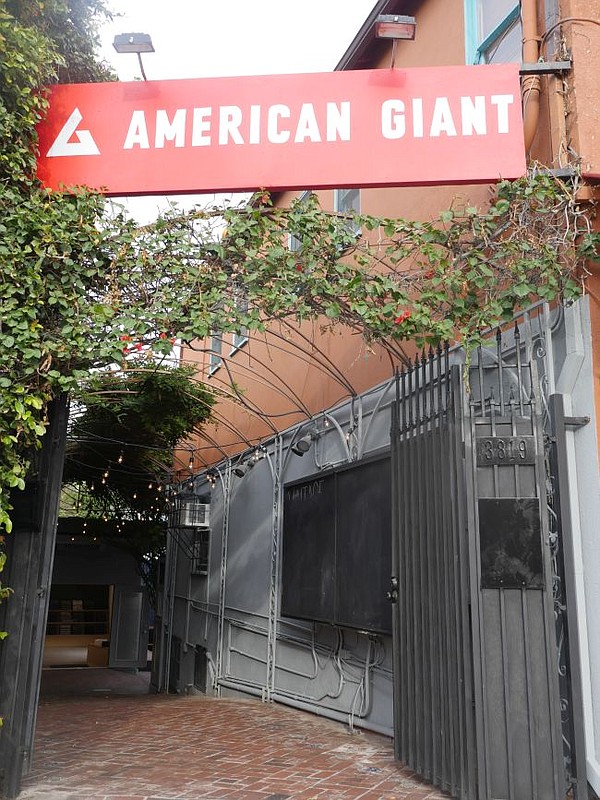 In 2012, San Francisco Bay Area start-up American Giant got a titanic boost when Slate columnist, now New York Times op-ed writer, Farhad Manjoo wrote a column “This Is the Greatest Hoodie Ever Made.”

Manjoo lauded American Giant for making clothes in the Bay Area and employing former Apple engineer Philipe Manoux to design its Classic Full Zip heavyweight cotton fleece hoodie, which he gave the accolade of being the greatest hoodie.

Fast forward seven years, demand for the label's styles has grown. American Giant moved its much of production from the Bay Area to North Carolina. It expanded from making sweatshirts and tees to also making pants, flannel shirts, leggings and bags. It also moved from being a digital-only retailer to opening bricks-and-mortar shops. It opened its first Los Angeles area shop Nov. 27 at the Sunset Junction neighborhood in the stylish Silver Lake section.

Located at 3819 W. Sunset Blvd., the American Giant store has the distinction of being the brand’s 4th physical boutique, and its only shop which features an open air patio where the brand’s clothes are merchandised. “In Los Angeles, we have such beautiful weather, why not take advantage of it,” Angie Biggs, American Giant’s store brand director, said.