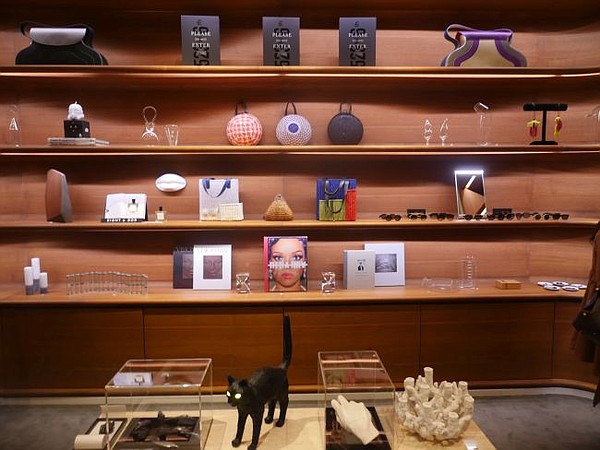 Interior of Please Do Not Enter at South Coast Plaza

Recently arrived at South Coast Plaza, a boutique for Parisian fashion house Isabel Marant, which officially opened Nov. 12. There’s also a boutique for vintage denim reconstructor, EB Denim. The label is headquartered in Los Angeles. The South Coast Plaza boutique opened in Nov. 16. Downtown Los Angeles art and fashion boutique Please Do Not Enter recently opened a pop-up at South Coast Plaza on Nov. 15. It focuses on one of a kind pieces and limited edition styles, said Nicolas Libert, a co-founder. “It looks like a museum, but it is all for sale,” he said of the shop. The pop-up will run until Jan. 12.

South Coast Plaza’s Burberry store will be moving to a new, bigger space a couple of storefronts from its current South Coast Plaza storefront. It is scheduled to open Dec. 6 on the first level on the wing between the center’s Carousel and Jewel courts. The expanded shop will have neighbors such as Anne Fontaine and Nathan Alan Jewelers.