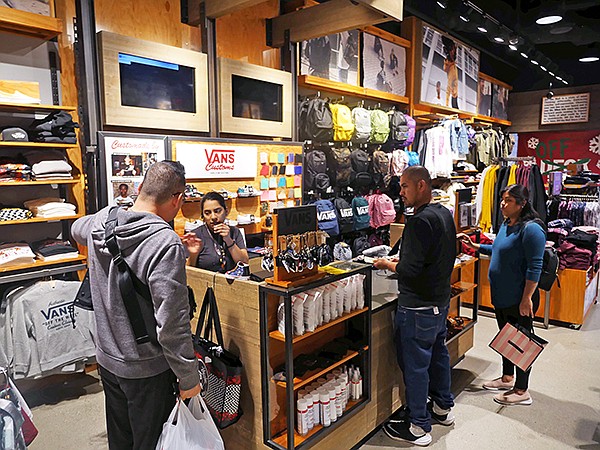 Sales for the 2019 holiday retail season increased 3.4 percent, and the big winner was e-commerce, which shot up 18.8 percent compared to the 2018 holiday season. E-commerce made up 14.6 percent of total retail purchases during this time, according to Mastercard SpendingPulse, a research division of the Mastercard payments network. 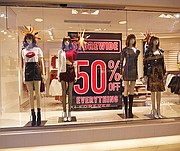 “E-commerce sales hit a record high this year with more people doing their holiday shopping online,” Sadove said. “Due to a later-than-usual Thanksgiving holiday, we saw retailers offering omni-channel sales earlier in the season, meeting consumers’ demand for the best deals across all channels and devices.”

E-commerce sales were robust for jewelry and electronics. These categories respectively rose 8.8 percent and 10.7 percent during the season.

Forecasts for the recent holiday season identified growth within e-commerce sales. An October survey released by the National Retail Federation trade group found that 56 percent of consumers said that they would shop online during the holiday season. People from every age group increased their shopping, according to an NRF podcast that was released Dec. 9. It found that there was an uptick in e-shopping for consumers 55 and over and even with consumers age 65 and older. Counterintuitively, the NRF podcast found that consumers under the age of 25 developed a greater interest in shopping in bricks-and-mortar stores during the holiday season.

Digital shopping has long been a big competitor to physical retail and specialty retailers, but during holiday 2019 the competition became even more formidable, said Bob Abdel, a partner and buyer for Jack’s Surfboards in Huntington Beach, Calif. The influential surf-and-action-sports retailer runs eight full-price locations in Southern California as well as its e-commerce site, www.jackssurfboards.com. 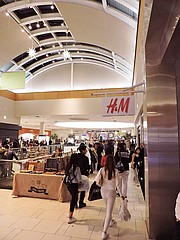 “We had to compete heavily with our suppliers,” he said of the direct-to-consumer sites run by brands. “Everyone had sales on their sites.”

But Jack’s brand equity and its history serving surfers and action-sports enthusiasts for more than 60 years attracted people to its physical shops.

“We are very lucky to be who we are,” Abdel said. “We carry a big selection, and everything was in our favor.”

He reported a pace of business that was similar to past holiday seasons. There was heavy consumer traffic five days before Christmas. While many retailers experience a lull before the last stretch of holiday business, Abdel said that his stores were generally busy.

A gamble on weather also worked out well for Jack’s. In October, it opened Jack’s Snowboard Shop in Huntington Beach, just before heavy winter storms left a lot of ski-and-snowboard resorts across California blanketed with snow.

A lot of opportunity remains for bricks-and-mortar boutiques despite an increase in e-commerce, said Kevin Frank, co-owner of the K. Frank boutique in Montecito, Calif. However, boutique retailers have to make a deep dive into the tastes and shopping interests of the people who live near their shops.

“Retailers have to do a better job of being aware of what local customers want and tailor goods to their clientele,” he said. “It’s an advantage that doesn’t go away. Online can be overwhelming. There are almost too many choices. People are finding security coming to a store that is well selected without sifting through an overwhelming amount of choices.” Consumer traffic was busy throughout the holiday season at his shop, Frank said. 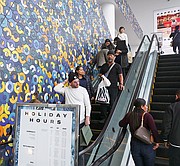 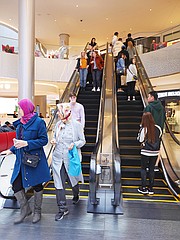 The NRF predicted that holiday retail sales would grow from 3.8 percent to 4.2 percent over the 2018 holiday season. The NRF also forecasted that U.S. retailers would make between $727.9 billion and $730.7 billion. Sales for digital retailers were predicted to increase between 11 and 14 percent.

Trade wars with China created tension in the economy in 2019, but the overall picture in the American economy supported a forecast for strong holiday sales, said Matthew Shay, the NRF’s president and chief executive officer.

“The U.S. economy is continuing to grow, and consumer spending is still the primary engine behind that growth,” Shay said in October. The U.S. unemployment rate was at historic lows throughout the 2019 fourth quarter, according to the Bureau of Labor Statistics. In October, unemployment was 3.6 percent across the nation. In November, unemployment declined to 3.5 percent.

Separate from Mastercard’s post-Christmas sales wrap-up, the NRF will announce the results of holiday 2019 sales on Jan. 16, which will contain further economic data not immediately available the day after Christmas.

The strong U.S. economy managed to overcome what many considered a major handicap to the 2019 holiday season. Because Thanksgiving was later in November than in 2018, there were six fewer shopping days in holiday 2019 compared to the previous year.

During the 2019 holiday season, record numbers of shoppers—189.6 million Americans—shopped during Black Friday Weekend, which reflected a 14 percent increase in shoppers compared to the previous year, according to the NRF. The Super Saturday weekend before Christmas also was forecasted to be big. The NRF forecasted that 148 million Americans planned to shop, an increase over 134.3 million the previous year.