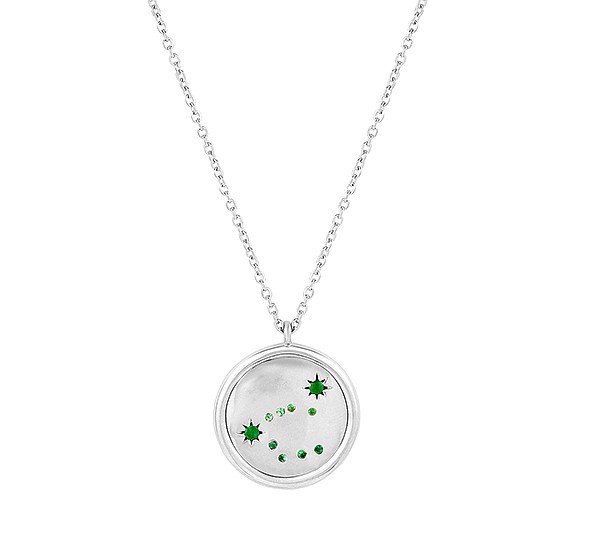 After four years of working to build the most sustainable jewelry brand possible, Washed Ashore founder Larada Lamsam achieved her most important goal for the luxury-jewelry line. Launched in 2015, the Los Angeles–based company experienced a rebrand in May as Lamsam celebrated her accomplishment.

“We rebranded in May because I was able to achieve 100 percent sustainability. It took four years, and finally we did it,” she said. “Sustainability has always been the core value at Washed Ashore, but it was difficult to find the raw materials or manufacturers to reach those goals.”

Originally from Thailand, now located in Los Angeles, the entrepreneur considers herself a global citizen. Her California brand relies on sourcing recycled gold, silver and reclaimed gemstones from her home country, a first for her brand with the release of her latest collection, Dara. A local pawn shop serves as the source of her gemstones, which are taken from existing pieces of jewelry that are disassembled, while her manufacturer provides the recycled metals.

“This is our first collection in four years to work in gemstones,” she said. “I was leery to work with gemstones because I feel strongly about illegal mining. I decided to do this collection because I was able to work with post-consumer gems.”

While she realizes the importance of reducing the impact on the climate that results from sourcing worldwide, Lamsam offsets her carbon footprint through a partnership with the Carbon Fund Foundation. Through sustainable sourcing and ethical manufacturing, Lamsam is extending a hand to form business partnerships with other female entrepreneurs around the globe, including her manufacturing partner, who is based in Thailand.

“Our manufacturer is a female-founded company, and the founder’s husband works for her. He is from Italy, so [products are] Italian grade, and they are able to manufacture meticulously made pieces,” she explained. “We manufacture overseas, but everyone is well paid. I stress the value of a global economy.”

In addition to recycled metals and reclaimed gemstones, certain Washed Ashore pieces also include pearls, but these materials are sustainable and ethical. The Akoya Keshi pearls are dead stock that is upcycled by Lamsam, who prefers their naturally irregular shape, which yields a unique design to every piece. 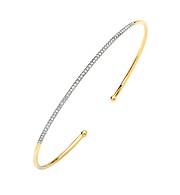 “Our core collection and my love of the ocean led us to use pearls,” she said. “The process of how the pearls are taken is small and not mass produced.”

It is Lamsam’s love for the planet’s oceans that inspires her work. Her goal to become a completely sustainable company led Lamsam to also invest in sourcing sustainable packaging for her products, a mission close to her heart considering the negative impact of poly-bag packaging on the world’s oceans. Washed Ashore’s new packaging is made from recycled paper and cotton. The zipper pouches in which the pieces are sold are sourced in the United States from domestically grown, recycled cotton.

“We are working toward green shipping,” she said. “Reuse, repurpose and recycle is definitely this generation’s mantra.”

Along with their orders, customers who bought Washed Ashore goods during the company’s relaunch received another ecologically sustainable surprise. Through a partnership with the Tahiti-based nonprofit Coral Gardeners, Washed Ashore adopted 100 coral reefs located on the Tahitian coast. Upon receipt of their purchases, customers also received an adoption certificate that showed the coordinates where reefs adopted in their names are located.

“We ended up having a relationship with them. My production manager, Teipo Tematahotoa, is from Tahiti, and these guys at Coral Gardeners are hands-on,” Lamsam explained. “They physically put the coral down there to grow. We have the same values to protect what we love.”

The investments in sustainability that Lamsam has made are now gaining worldwide recognition. The United Kingdom–based luxury goods–industry watchdog agency Positive Luxury recently awarded its Butterfly Mark to Washed Ashore, a sign that the brand is not only doing something right but is working to do everything in its power to promote the greater good.

“We were honored to get the award and Butterfly Mark,” Lamsam explained. “They are U.K. based and work with luxury brands that meet their standards for the planet. They are big on encouraging a global economy.”

In addition to its direct-to-consumer channel, washedashore.co, which serves as the primary source of business, Washed Ashore is also sold through retail partners including Wolf & Badger and Reve En Vert. During the holiday season, the brand has enjoyed retail partnerships with Fred Segal’s West Hollywood, Calif., location and Four Seasons Ko Olina and Four Seasons Hualalai in Hawaii. Wholesale price points range from $33.50 to $792.50.