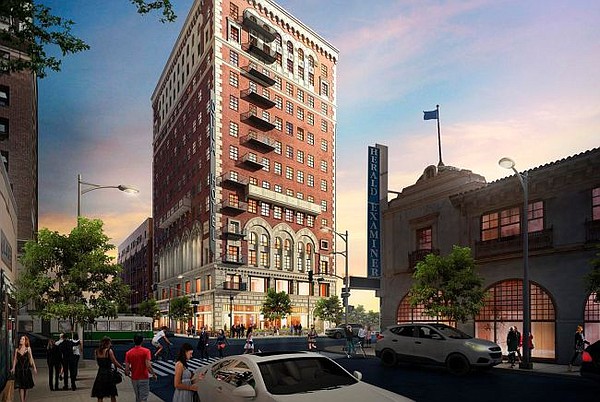 Proper, a New Hotel, Scheduled to open in DTLA

More than a few luxe, boutique hotels have opened in downtown Los Angeles over the past few years. Get ready for another. Proper Hotel is scheduled to open this summer at 1100 S. Broadway, just across the street from the building that once housed the Herald Examiner newspaper.

Social-media sites have posted pictures of the hotel’s big neon sign being tested out recently. According to the hotel website, it will offer 148 guest rooms, two restaurants, and a rooftop with a bar, a swimming pool and another restaurant.

Proper is a project of entrepreneur Brad Korzen. He is the husband of Kelly Wearstler, the interior-design guru who helped create the look of Westfield Century City in Los Angeles.

A Proper Hotel opened in San Francisco in 2017. Proper Hotels are scheduled to open in Santa Monica, Calif. and Austin, Texas later this year.