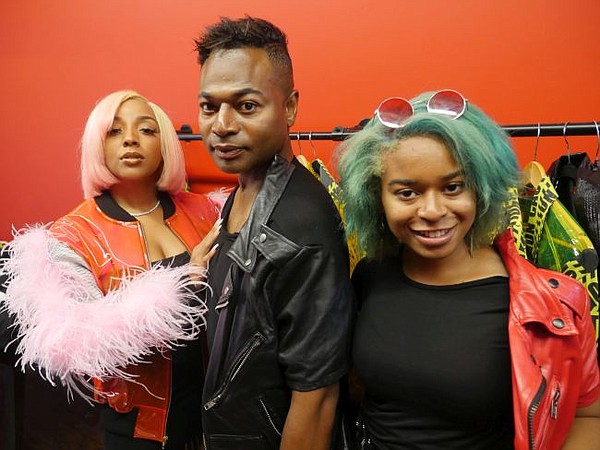 Odain Watson ran a boutique for his Odaingerous brand in downtown Los Angeles’ Fashion District, but he closed it down in February 2018 to try appointment-only retail in an office building located in West Hollywood, Calif.

Watson missed the more free-form pace of bricks-and-mortar retail. On July 13, he reopened Odaingerous in the burgeoning retail area of The Medallion residential compound in downtown Los Angeles’ Historic Core section. Odaingerous is one of the first boutiques in the development near the 300 block of South Los Angeles Street. In August, a high-end sneaker-and-streetwear store, called BASA, is scheduled to open at the Medallion.

Watson said that he’ll continue to sell the vinyl and leather jackets that Odaingerous has focused on since starting the business in 2015. Additionally, the store will sell the brand’s jogger pants, swimwear and bodysuits, as well as a recently released line of Odangerious beauty products.

There’s also going to be a made-to-measure section of Odaingerous. “It’s going to be more interactive,” Watson said. “In addition to ready-to-wear, we’ll be doing a whole vibe for people,” he said of creating a complete look for his shoppers.