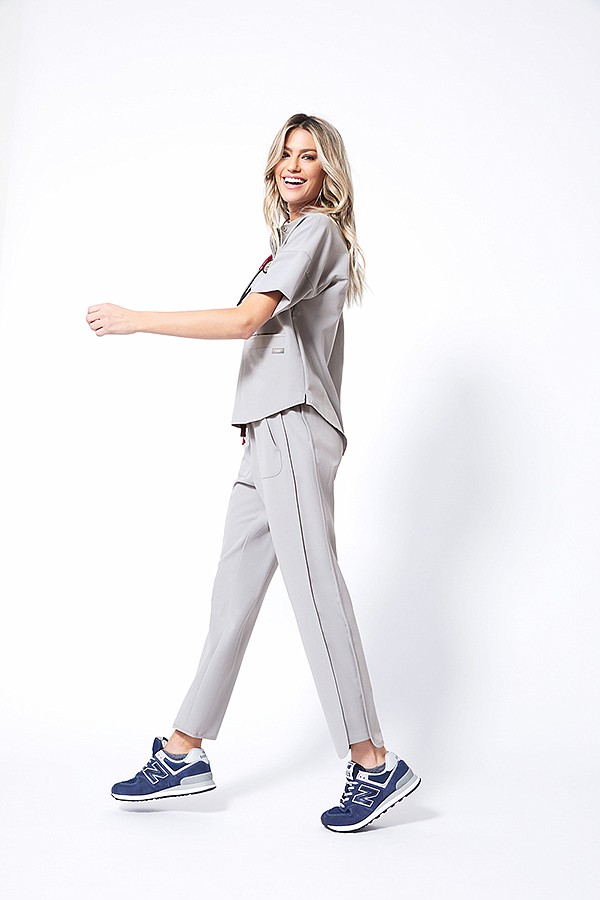 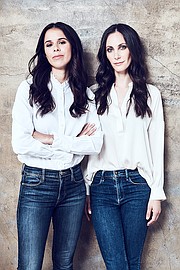 For years, the $10-billion medical-uniform business in the U.S. was dominated by a handful of companies making loose, boxy scrubs for personnel in the operating room or caring for the infirm. Fashion was an afterthought.

One day, entrepreneur Heather Hasson was grabbing coffee with a friend who was a nurse practitioner, dressed in her mundane scrubs that most medical staff accepted as the only way to dress. The woman’s colleagues complained frequently about spending 13-hour days in bulky clothes that weren’t even comfortable.

With that introduction to scrubs, Hasson thought she could inject some style and performance into the medical workwear by using the cutting-edge activewear and performance fabrics that were becoming fashionable.

“Everybody else was focused on the athlete. How come people are not focused on the medical professional? They save lives,” Hasson said. “These scrubs will help them perform better, and they will be stylish.”

She teamed up with Trina Spear, who had an MBA from Harvard University, to start Figs in 2013. The two, who serve as co-founders and co–chief executive officers, developed a line of scrubs with slimmer fits, trendy silhouettes and colors that could be found on a Pantone color chart.

The scrubs are made with a proprietary fabric that includes an antimicrobial fabric with four-way stretch, which makes them as comfortable as a pair of sweats. Most of the brand’s sales are made on the company’s direct-to-consumer channel, wearfigs.com. 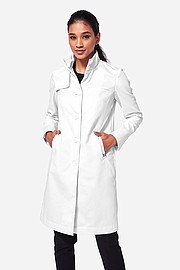 The new styles have paid off. In December 2017, Figs raised $65 million in an investment round from Tulco, a company founded by Thomas Tull, former chairman of Legendary Entertainment. It brought the company’s total investment to $75 million.

The infusion of money has helped pave the way to a big space for the budding company. Next month, Figs and its 100 staffers will move into a 27,000-square-foot building in the Santa Monica Gateway complex in Santa Monica, Calif., near the Bergamot Station art complex.

The new offices will include a wellness studio, a creative office for video production and visuals for its e-commerce site. It will also feature a kitchen where a chef will be on duty two days a week.

Each month, Figs releases a limited collection of scrubs made in a different color. For July, the color is a gray hue called cement. Since 2013, the brand has offered looks such as the Rafaela top, which has a Mandarin collar. Other looks include the Malindi top with a peplum. Both are different from the traditional boxy, V-neck scrub. Retail price points for tops range from $38 to $48.

Other styles include bottoms with a silhouette often found in activewear collections such as jogger pants with drawstrings. Other bottoms feature cargo-pant pockets. Retail price points for pants range from $48 to $56.

Some of the line’s pieces have an irreverent sense of humor. Embroidery on the back of the neck of the Malindi top reads, “Put this on. Be awesome.” A video on the site features dancers performing a synchronized roller-skating routine while dressed in scrubs.

While most of the company’s sales are online, the brand produces pop-up shops in fashion neighborhoods from time to time. In September, Figs intends to open a pop-up shop in Manhattan’s SoHo area. “We make pop-ups in fashion neighborhoods because we want to show people that they can shop for scrubs the same way people shop for their fashion items,” said Jenny Seyfried, Figs’ vice president of brands.

Since Figs started business, other brands have developed more fashion-forward scrubs for medical professionals. They include Los Angeles–headquartered Jaanuu Inc., which announced in December that it raised $15 million from investors. The company has trendy tops that are fitted at the waist as well as styles that have an abbreviated peplum look.

Barco Uniforms in Los Angeles recently launched Grey’s Anatomy Edge, an extension of its Grey’s Anatomy line but with a modern, minimalist look that is also functional.

Figs is sold to medical professionals ranging from nurses and doctors working in hospitals to dentists, veterinarians and staff working in doctor’s offices and urgent-care facilities.

Dr. Penina Segall, an urgent-care doctor from Pasadena, Calif., said many of the under-30 staff she works with wear Figs.

“If you are going to be wearing something all day,” she said, “you don’t want to look ugly.”