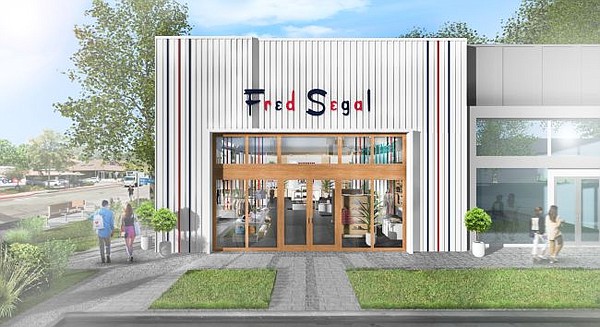 Fred Segal is Back in Malibu

Fred Segal surfs back into Malibu, Calif. on April 6.

A 4,000-square-foot Fred Segal location will officially open on the first Saturday in April at the Malibu Village retail center, which is adjacent to the Malibu Country Mart. The upcoming Fred Segal was built on the site of the former Malibu Cinemas. It was the only movie house in a town famous for its long list of Hollywood A-list residents.

“Fred Segal was built around community, love, California and of course, fashion. Malibu embodies all of these attributes; we’re excited to support this wonderful community and welcome Malibu back into the Fred Segal Family as we continue to grow the brand,” Samek said in a prepared statement.

Fred Segal has some history in Malibu. A Fred Segal location did business in the affluent seaside town from 1975 to the mid-'80s. Bringing the store back was a project served by a number of people, brands and companies, which include Jamestown, the owner of Malibu Village. Maris Collective will curate the Malibu shop's women’s apparel, accessories, gifting and jewelry. Jay Luchs of Newmark Knight Frank represented Fred Segal in the deal to bring the shop to Malibu. Shawmut Design and Construction built the Malibu Fred Segal space.