On the Eve of a New Product Launch, Hingeto Revolutionizes Drop-Ship Technology 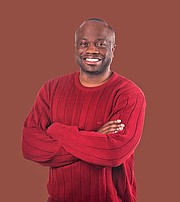 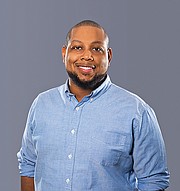 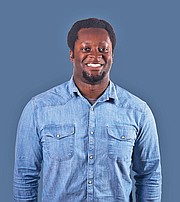 Since its founding in 2015 by Leandrew Robinson, Ismail Maiyegun and Yaw Owusu-Barimah, Oakland, Calif., drop-ship technology company Hingeto has been revolutionizing direct-to-consumer apparel manufacturing. Drop-ship supply-chain management allows retailers to order only the amount of goods that customers are demanding. Manufacturers then ship these products directly to consumers, which reduces waste and cultivates a healthy economic environment for retailers and brands.

As the founder of the Karmaloop company PLNDR.com, Robinson, Hingeto’s chief executive, worked with Owusu-Barimah, who is now a chief product officer, and met Chief Technology Officer Maiyegun through a mutual college friend. With an impressive stable of licensing, retail and manufacturing partners, the company is about to launch a new product on May 6.

“When a large retailer is buying new product, it’s taking three to six months, from seeing a catalog to getting that product to actual sale within a store location or on the website,” Robinson said. “One major benefit of our platform is shortening that timeline. They can add product within days. We’re creating a virtual catalog of product on behalf of each brand that we integrate.”

Major retailers aren’t the only businesses benefiting from partnering with Hingeto, as the platform affords greater efficiency for suppliers to cultivate their connections with retail partners. From a supplier point of view, the technology available through this product reduces setup time, which translates into dollars.

“Selling on a big retailer, typically you need to be EDI [electronic data interchange] compliant, and that is a cost factor that a big supplier can onboard, but for a smaller supplier it’s hard to figure out where to start,” Owusu-Barimah said. “It speaks to the technology Ismail and the team built, which has a lot of small vendors to be able to sell to a large retailer within days.”

While saving on the costs of building strong relationships with retailers can allow suppliers to focus on production, working efficiently to add inventory has also become a priority for the apparel industry as a whole. With its innovative drop-ship technology, the Hingeto team is refining the on-demand method of manufacturing, bringing it to a mainstream level that was once seen at smaller operations.

“From a technical level, it will make it much easier for established and new retailers alike to add more products with a few clicks of a button without advanced purchasing or having inventory. We built a marketplace and drop-ship platform that is seamless,” explained Maiyegun. “We facilitate drop-ship and marketplace operations on both sides without significant investment.”

Partners from both the retail and supply sides are seeing exceptional results from the existing Hingeto platform and are excited about the future of their partnerships. From relationships with retailer PacSun to parenting-lifestyle brand Scary Mommy, Hingeto is working with larger companies who are major forces within the apparel industry.

For Anaheim, Calif.’s PacSun, the company’s relationship with Hingeto began approximately three years ago, according to Senior Buyer Paige Becker. She notes that the founders’ knowledge of the industry allowed the two entities to build a true partnership, and the tech company’s startup culture generated an environment of mutual growth.

“We really liked that Hingeto was a startup and we would be the first exclusive partner and we could flex it to our needs for the program. It was always great that they not only knew things from a tech side but also knew our consumer and anticipated their needs for the programs,” she said. “It’s really a partnership, and they’re really flexing to what we need them to do.”

The company is also connecting with smaller brands who can experience growth that otherwise wouldn’t have been possible nor easy to accomplish. For Orange County, Calif., brand Lira, using Hingeto’s existing platform has afforded increased exposure from its PacSun business since it began using the technology two months ago. When the retailer’s customers visit the e-commerce site, they have experienced greater ease with discovering more Lira products that might not be available through the retail experience.

“We’ve seen a lot of success with repeat customers coming back and finding us through PacSun. It’s where we’re getting a lot of our business within drop ship,” said Brian Barlow, director of sales, marketing and operations at Lira. “My PacSun business has grown this month by 25 percent. Now we’re trying to dive in and figure out what is driving that business and capitalize on it to project that growth to see how we can market it a little more.”

The team at Hingeto is excited to roll out features that will make an enhanced experience possible for retail and supply partners through introducing tools that will ease the process of monitoring demand. Now with a team of 11 employees and sales through the marketplace software increasing 470 percent since last year, the company notes that its success has been strengthened by its partnerships with such leading brands as PacSun, Scary Mommy and subscription-box service Lootcrate.

Hingeto is expected to increase at a greater pace following the introduction of its new product, which will expand a supplier’s SKU count and vendor base in addition to offering enhanced features that help manufacturers monitor inventory without excessive charges they would normally incur through traditional EDI.

“If brands are sending an inventory sync every hour to retail partners, they are potentially getting charged, which means they are disincentivized to send retail updates, thereby affecting their entire ecosystem and supply chain,” explained Maiyegun. “When we said to ourselves, ‘In 2019, someone shouldn’t have to pay per message,’ we decided we were going to hone in on getting rid of character-based pricing.”

The pricing structure for Hingeto relies on a membership structure for retailers to subscribe to the software. A $199 basic monthly package and $499 premium package are currently waitlisted. Enterprise memberships are available, but pricing is not publicly listed as it is dependent on the level of support the retailer requires. On the supplier side, Hingeto charges a percentage of the wholesale cost per transaction that the brand lists within the system.

“If retailers operate the system well enough and recruit the right number of brands they can double their e-commerce even if they’re pretty large,” explained Robinson. “We typically monetize that side up-front.”

At Hingeto, the founders recognize the challenges that manufacturers face when building a business when the specialty of these professionals is more geared toward artistry and creating. This realization helps the company’s supply-side clients cultivate a better business without diluting their specialty.

“A supplier is typically good at making product and being ahead of the trends—they are great makers,” Robinson said. “It is a chore for them to figure out how to run a great website and monetize influence—it’s super costly and risky. They want to team up with retailers that are amazing at selling their product.”

While the size of smaller brands could have been a hindrance in the past, with a more on-demand-centric system that utilizes enhanced technology, these businesses that provide goods to retailers could potentially scale at a greater rate.

“The ability to be a billion-dollar retailer has never been so tangible due to the Internet,” said Maiyegun. “Before, you needed hundreds of millions of dollars of square footage, but because of our model you are able to sell a big operation to your audience.”