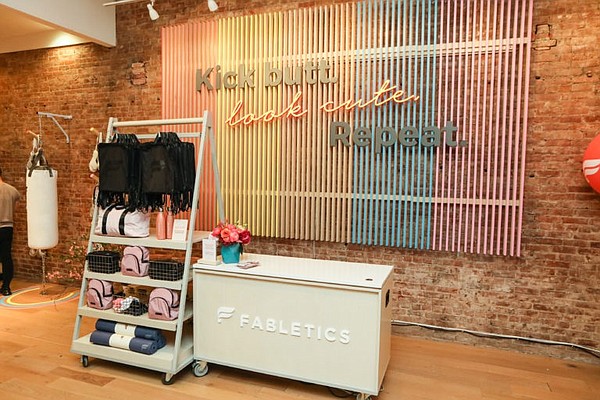 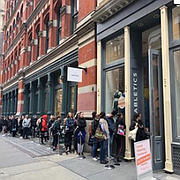 A line of shoppers extends out onto the sidewalk in front of the Fabletics SoHo pop-up location in New York City. Photo: Fabletics

The Fabletics brand was co-founded by actor Kate Hudson in 2013, who expressed her excitement about the 2,743-square-foot space opening at 577 Broadway, located between Prince and Houston streets.

“I’m so excited to finally bring Fabletics to New York!," she said in a statement. "New York is like my home away from home, where I spent much of my adult life. Plus, we have a ton of members in the tri-state area who have been asking us to open a store in the city. It has been on our radar for awhile, but we wanted to be strategic with how we approached it." 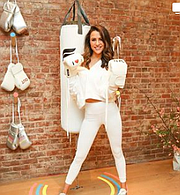 With 27 retail locations, Fabletics is using the SoHo pop-up to gauge how the area would potentially respond to future New York bricks-and-mortar locations. During 2019, the brand plans to open 12 new permanent retail stores within the United States.

"Starting with a pop-up shop will allow us to learn more about our local customer base and gather as many insights as we can, which will ultimately help us grow a stronger long-term presence in the city,” Hudson explained in a press release.

In addition to featuring Fabletics proprietary inventory-management OmniSuite and OmniShop technologies with OmniKiosks and iPod-powered POS systems, the pop-up shop brings an experiential element to shopping. Within the store, Fabletics included a miniature boxing ring featuring gloves and a medicine-ball installation.