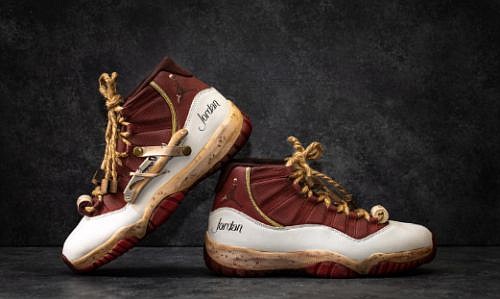 Once A Joke, Wine Inspired Air Jordans Hit The Ground

You wouldn’t think that obsessions for high-end sneakers and fine wine would go together.

In fact, such a mashup was the subject of a running joke at Jordan Winery in Healdsburg, Calif.

The joke had legs, pun intended. There needed to be a wine sneaker. John Jordan, owner of Jordan Winery gave a commission to Troy Cole of Kickasso. It’s a brand for custom sneakers, footwear, apparel and art. The plan was to bring a wine inspired Air Jordan sneaker from the chucklesphere, to something that L.A. Lakers players such as Kyle Kuzma would rock. 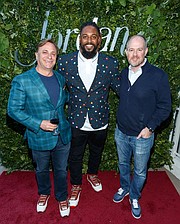 Cole made 10 pair of the Air Jordan Retro XV 2015 Jordan Cabernet Sauvignon Limited Edition Sneakers. The red sneakers look like a wine bottle. Parts of the shoe look like it is covered in cork. Details include a parody of the iconic Jordan Air logo. The logo, a silhouette of Michael Jordan, is holding a wine glass instead of a basketball.

One pair of the Jordan Cabs were raffled off at a May 1 party at elegant downtown Los Angeles restaurant Redbird. It was reported that $2,500 was raised from the auction. The proceeds were donated to Just Keep Livin’ Foundation, a non-profit created by movie star Matthew McConaughey. 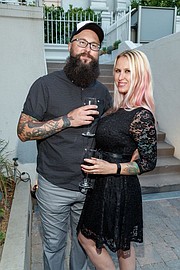 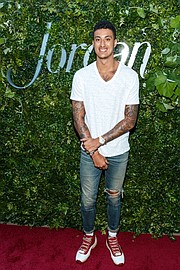 Kyle Kuzma of the Lakers in the Jordan Cabs. Photo by Rich Polk/Getty Images for Jordan Winery