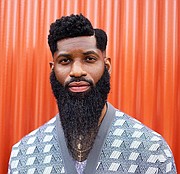 Los Angeles apparel brand True Religion announced the hire of luxury-streetwear expert Allen Onyia as its artistic director. The University of Houston–Downtown graduate received a Bachelor of Science degree in political science and government, according to his LinkedIn profile, yet is known for founding the online luxury-lifestyle magazine UpscaleHype. The media outlet was launched in 2008 by Onyia and his brother Kyle.

“We have been driving toward this watershed moment since I joined the company,” said True Religion Chief Executive Officer Chelsea Grayson in a statement. Grayson was appointed interim CEO of True Religion in November 2018 following the retirement of former chief executive John Ermatinger and permanently accepted the role in early 2019. “I am excited to work with Allen to return True Religion to its rightful place among streetwear leaders,” she said.

While he built a career around media and brand consulting, Onyia has enjoyed roles and partnerships with the National Basketball Association, Nivea and Complex Media. In 2018, he was named “Menswear’s Most Important Instagram Account” by GQ magazine.

“I have always admired True Religion as an iconic brand with deep roots in the streetwear category,” Onyia said in a press release. “I am thrilled to join the team and bring my vision to reestablish a brand people can associate with in this new age of streetwear.”

True Religion, a leader in streetwear and premium denim, was founded in Los Angeles in 2002. The company offers apparel for men, women and children and has a partnership with the professional English football club Manchester United.