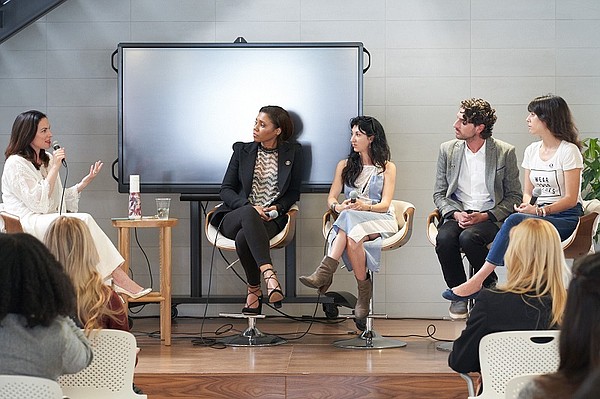 Winding down Fashion Revolution Week, which was observed April 22-28, Swap Society hosted the Global Swap Event Los Angeles, where attendees discussed responsible apparel sourcing. On April 28, the organization—which educates the public regarding reducing apparel waste and facilitates clothing swaps between members—brought together consumers and sustainability experts for an exciting, informative afternoon at The Riveter West on Los Angeles' Westside.

During the event, attendees were treated to personal styling sessions with sustainable-style influencers Sonia Kessler and Naomi Goez, screenings of "River Blue" and "Made in Mexico," a panel discussion surrounding ecologically sound fashion, and an on-site clothing-swap session. 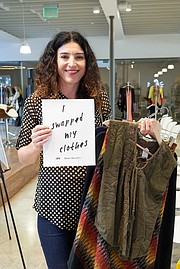 "We focused on the bigger issues, a personal story from each panelist regarding how he or she became interested in the movement and changed their own personal consumption habits, and practical tips for consumers to make changes regarding how they acquire clothing," said Swap Society co-founder and Chief Executive Officer Nicole Robertson. "Then everyone swapped and got new clothes!"

The event was hosted in partnership with Fashion Revolution USA and Global Fashion Exchange in support of the United Nations Sustainable Development Action Campaign. During the sustainable-fashion panel—which was led by Robertson—Lisa Mazzotta, producer of "River Blue; Eleanor Amari of Remake and producer of "Made in Cambodia;" Toks Olagundoye, actor and eco-fashion advocate; and Nicholas Brown of Fashion Revolution USA discussed the importance of being present at the event was to ensure consumers recognize that clothing doesn't simply disappear after its discarded.

“We have to remember that all of us are a part of the fashion supply chain, too. When our clothes no longer serve us, please donate, sell, swap, upcycle, or recycle—anything but throw them into the trash," Brown advised. "Finding out where our clothing will end up after we are done with them is just as important as finding out who made them.” 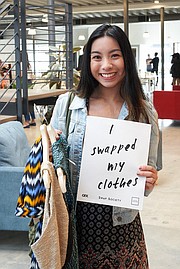 Attendees were touched by the information they received and discussions in which they participated. They learned that while they might not know where to begin when wanting to shop responsibly, making small changes will still create an impact.

"What I learned at the event that was impactful for me was understanding different ways to be sustainable without breaking our budgets," Swap Society member Della Mangangey said. "Sustainable fashion brands can be expensive but taking baby steps like buying a basic tee from an ethical brand or shopping secondhand is a great way to reduce clothing going into landfills."

Others were stunned upon discovering how pollutive the process of making clothing could be when apparel isn't manufactured responsibly.

"What really surprised me was a clip from the "River Blue" movie. A gentleman said they know the season's popular color by seeing the dyes flow down their rivers," Swap Society member Mynka Morris explained. "I 100 percent believe that the fashion industry can clean up its act. We all need clean water to survive. We all share the same space, same air, the same planet." 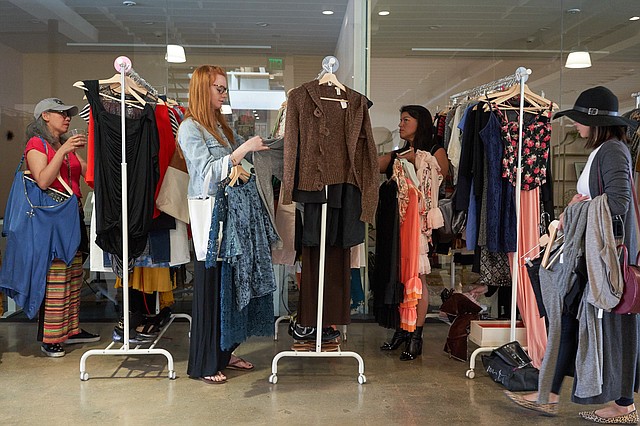