Women in Apparel Technology—How Far Have They Come? 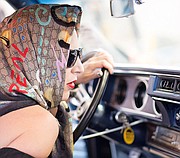 In 2018, two female researchers studied women in technology and asked this question: Do technology companies alienate women in recruiting sessions?

Together they published “Puncturing the Pipeline: Do Technology Companies Alienate Women in Recruiting Sessions?”

One example of this was Roxy Starr, who worked with companies including American Eagle, Victoria’s Secret and Liz Claiborne to improve their internal-communications systems. As a woman building a career in the technology field, Starr encountered barriers in a space that she says has been known to be less than welcoming toward women. 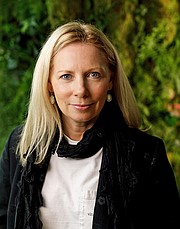 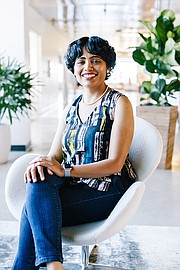 “I was treated as a child by the old boys’ club that would do anything to hold me back. That experience I’ve translated into power,” she explained. “My industry predictions during a technology conference in 2007 at [TC]² were discredited because I told everyone that people would start shopping online and bricks and mortar would start scaling down.”

By starting Addlane, a Las Vegas technology company that allows its clients to share and edit media without downloading files and communicate with real-time messaging, Starr is creating an easier way for creative professionals to work together in the corporate sphere. Her hard work has paid off as Starr now counts London’s All Saints among her clients.

“Apparel is about established processes, building relationships within the brand culture, and proving your value and maturity within the industry,” Starr explained. “Tech is about invention, embracing change, and remaining agile, relevant and fresh in an ever-evolving community. To us, adding together apparel and tech is about integrating technology for business leaders to align with product users in a way that solves real problems within the processes.”

While she sees the barriers for female technology professionals eventually falling away, they must still be overcome. “The issue has not gone away. It’s not a movement, everybody is sitting, we can’t hashtag our way out of this,” she said. “It hasn’t changed, but I think it will. There are leaders such as Rose Marcario at Patagonia, who is one of our clients. We have to do this together, and we have to be strong.”

Women who lead in apparel tech

For Poshmark’s chief data officer, Barkha Saxena,the road to the C-suite in apparel technology was built during a career in machine learning and data science. Saxena was appointed to her current role in 2019 after starting at the San Francisco company in 2014 as the vice president of data science and analytics.

She works with the social-commerce company’s founder and chief executive officer, Manish Chandra, in an environment where Saxena feels valued.

“Prior to Poshmark, I was, at times, confronted with the same challenges so many women in tech face today such as unintentional stereotyping, unequal pay and even negative biases toward being a working mother,” she said. “There were plenty of exceptions to these experiences. I’ve also worked on some wonderful teams led by women or men who believe in women leadership.”

For Saxena, the problem begins not only at the executive level but within corporate talent acquisition. When a pool of technology candidates doesn’t include women, hiring more female employees to the space is impossible. Saxena sees this as the primary obstacle for women in apparel technology.

“The biggest challenge is not having enough women in tech to begin with. In order to create change as an industry we need to hire more women across all teams and provide them with the tools to succeed and become leaders in their industry for the next generation,” she said.

To navigate through the career path in apparel technology, Saxena advises other technology-inclined women to seek out meaningful professional relationships while remaining aggressive and authentic. She is excited to cultivate the next generation through her own work, which allows her to appoint the most talented candidates to positions in which they can thrive and best contribute to the company.

“We’re starting to see more and more women in technology leadership roles, including at the C-level,” she said. “At the same time, many companies are looking to level the playing field in tech and are making conscious efforts to bring change. By the time my 2-year-old daughter grows up, I think it will be a very different world than today—in a good way.”

Reflecting on the past, building an equitable future

At CRM-focused, San Francisco–based software provider Salesforce, Senior Vice President of Product Management of Commerce Cloud Kathryn Murphy began her career as a programmer in college—the same stage in life when many female technology professionals begin exploring this area of study. During this time, she applied her love of problem solving to assisting retailers with customization and integration.

“Retail, particularly apparel, is so relatable to everyone, and it has changed so dramatically in the past 20 years,” Murphy said. “It has been a really fun industry to be a part of, and I’ve loved helping retailers adapt to the new challenges they face as technology continues to evolve in the space.”

Murphy’s experience working in technology has been spread across different industries. While she feels apparel has been more accommodating toward women than other segments, she has encountered the roadblocks familiar to many female technology professionals.

“Perhaps it can be attributed to the fact that there are many female founders and female CEOs in apparel,” she explained. “In general, though, there are challenges that still do exist. There have been many times in my career where a male executive would question my expertise simply because I was a woman.”

Working at Salesforce has allowed Murphy to acquire keen insight into how companies within the apparel industry have either turned away from or supported women in technology.

“Salesforce is an amazing place to be a woman in technology, and I can see that it spills over into the customers, specifically the apparel retailers, that we support,” she said. “We also have some amazing customers that inspire us, like Ashley Stewart, who go beyond just being an apparel retailer and support women’s issues across the board.”

Offering a caveat to the industry, Murphy advises women in technology and their allies to continue building a better professional atmosphere to benefit all employees and the companies where they work.

“We can’t get complacent. Things are better, things are good! But we must continue to focus and work on creating, encouraging and promoting our female technology professionals,” she said. “We can’t check the box and call it done.”