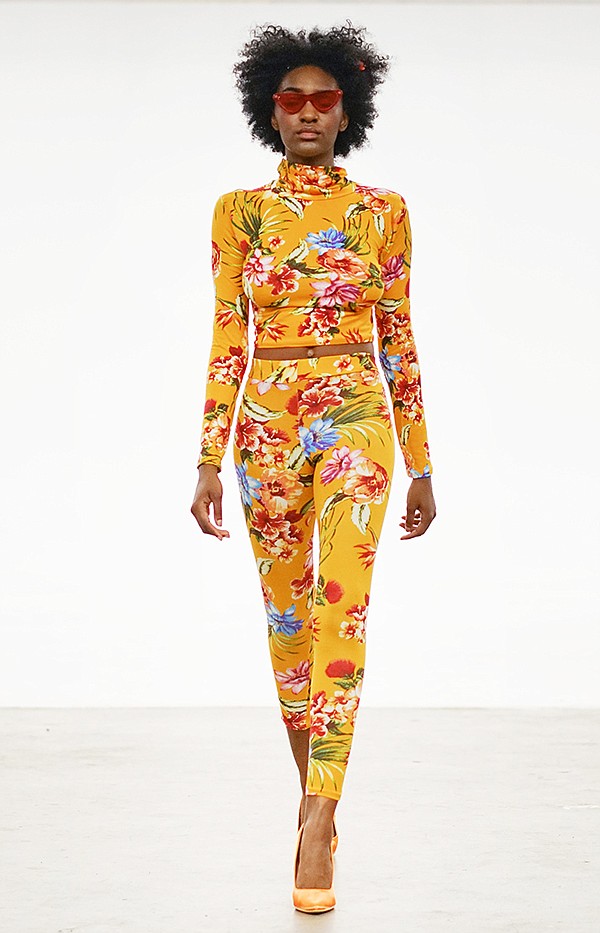 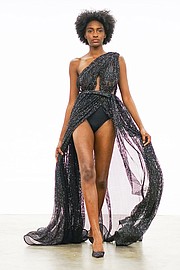 An important story line for season 16 of the TV reality show “Project Runway” two years ago was the competition between designers Kentaro Kameyama and Brandon Kee.

But that heated competition turned into friendly camaraderie on May 2 when the “Project Runway” alums participated in a runway show for the FCI Fashion School at Phylm Studios, located a few blocks away from The Reef, the building that houses the LA Mart, in downtown Los Angeles.

Kameyama, an FCI graduate, serves as the fashion design chair at the independent school. He exhibited some looks from his label Bacteria Underwear, which were also seen earlier this year at the Art Hearts Fashion shows in New York and Los Angeles. As a school guest, Kee showed several styles, including streetwear looks.

Kee headed a two-hour show in which 13 graduating students and alumni showed their works on the runway.

On the catwalk were styles by Kaylah Nevarez, whose designs incorporated sheer fabrics as well as vibrant colors. Logan Ferro, who named his project “Glamdrogeny,” featured gender-bending styles, often with a science-fiction edge.

Kana Minami worked as a stylist in her native Japan before studying fashion. She showed contemporary looks mixed with an office style. Elana Kluner, who was trained as a choreographer, showed styles including a sheer dress featuring floral embroideries.