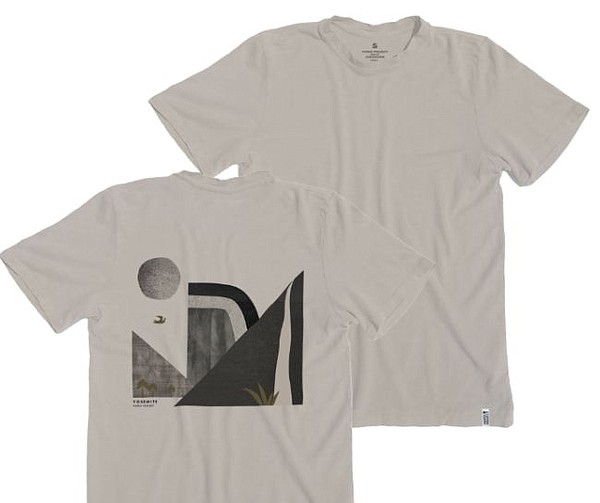 Los Angeles’ Parks Project raises funds for various initiatives at U.S. National Parks with sales of the line’s tees and accessories. The environmentally minded label has worked on collaborations with famous eco-non-profits such as The Sierra Club and National Geographic. For its recently released collab, it went hemp.

It worked with the Jungmaven brand, which is one of the pioneers of the hemp tee. Jungmaven has been selling tees made out of hemp fabric for more than 20 years. Parks Project co-founder Keith Eshelman also wanted to find a graphic that would be as unique as the T-shirt blanks. “There’s a lot of line drawings and mountain ranges on (other) T-shirts. They’re not for everybody. We wanted to get new takes on national parks. We wanted to make a ‘modern heritage’ look,” he said.

For the collab’s shirt honoring Yosemite National Park, Parks Projects freelance graphic designers offered a look reminiscent of the influential – but not very natureboy – Bauhaus Movement of the early 20th century. Other tees honor parks such as Joshua Tree. Retail price points for the shirts are $66.