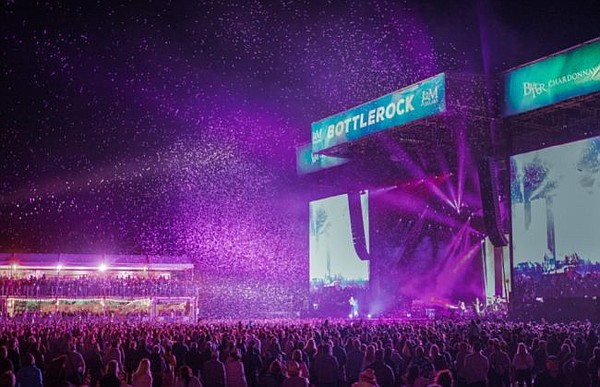 Gildan’s American Apparel To Rock Out With Live Nation Partnership

Los Angeles-headquartered Live Nation Entertainment, Inc., calls itself the world’s largest producer of live entertainment. The publicly traded, events producer (check out LYV at NYSE) puts together more than 100 festivals and books gigs at more than 200 venues. (Southern California clubgoers take note – Live Nation recently took over booking for a number of prominent clubs including the Echoplex in Los Angeles, and The Observatory clubs in San Diego and Santa Ana, Calif.)

T-shirts and concert merch are part of almost every festival/concert-going experience. Last week, Gildan announced that its American Apparel division was going to be the official printwear partner for 16 Live Nation music venues and six music festivals, such as Bonnaroo in Tennessee and BottleRock, which ran last week in Napa, Calif. The partnership officially started at BottleRock, which featured performances by rocker Neil Young and music, fashion and media star Pharrell Williams.

Jeffrey Cooper, the marketing vice president of Gildan Activewear SRL, said that the partnership would create a great opportunity to place American Apparel tees and hoodies on the backs of music fans.

“Music is a passion point for our consumers and the live-music experience provides us a unique and tremendous opportunity to connect with fans right across the U.S.,” he said.