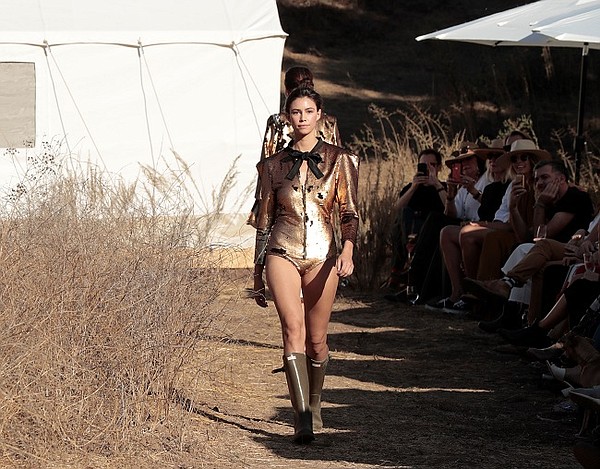 Bypassing the mainstream show circuit during Los Angeles Fashion Week, California's own Heidi Merrick welcomed guests to her Ojai, Calif., property on Oct. 12 to unveil her Spring 2020 collection. The designer, who is known for her California-cool twist on chic garments, felt it fitting to hold the presentation on the rugged land that inspired the styles she created.

While the property now seems peaceful, it was ravaged by the Thomas Fire in late 2017 and subsequent mudslides, which Merrick has channeled into design inspiration.

As her land recovers into its renewed state, elements of the terrain's influence are found in this current collection. Sleek golden sequin pants, dresses, bodysuits, jackets and brief-cut bottoms glinted in the afternoon sun. A floor-length button-down dress glistened in striking white, as did a long-sleeved jumpsuit with a low neckline. Her spring floral patterns appeared in bright golden hues, while others were darker, relying on different shades of brown paired with black.

During the presentation, Merrick also revealed her venture into menswear. The designer recreated her signature wide vertical-stripe blazer and trouser into a men's cut, and introduced comfortable fits in smart styles. Through this collection, Merrick created pieces for a male clientele using the aesthetic for which she is known. 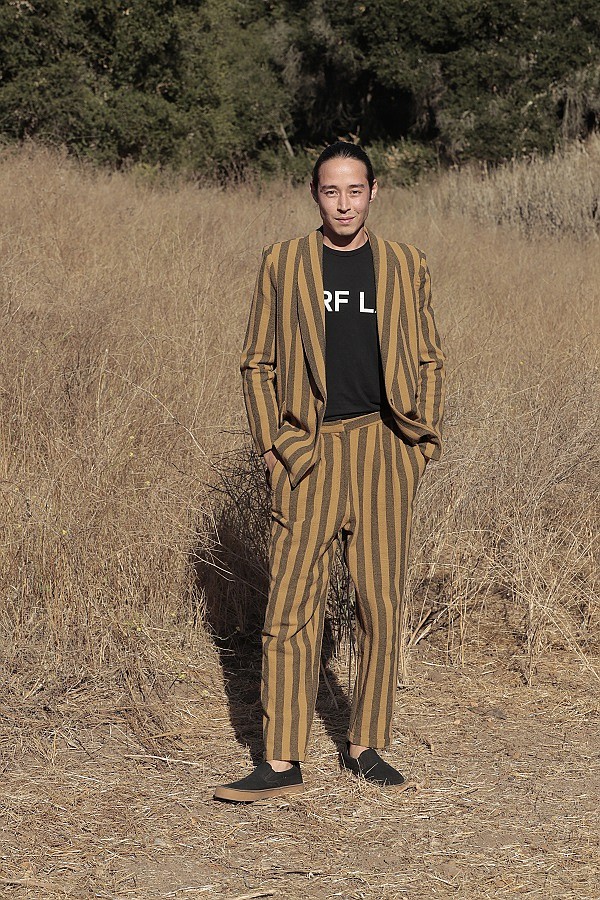 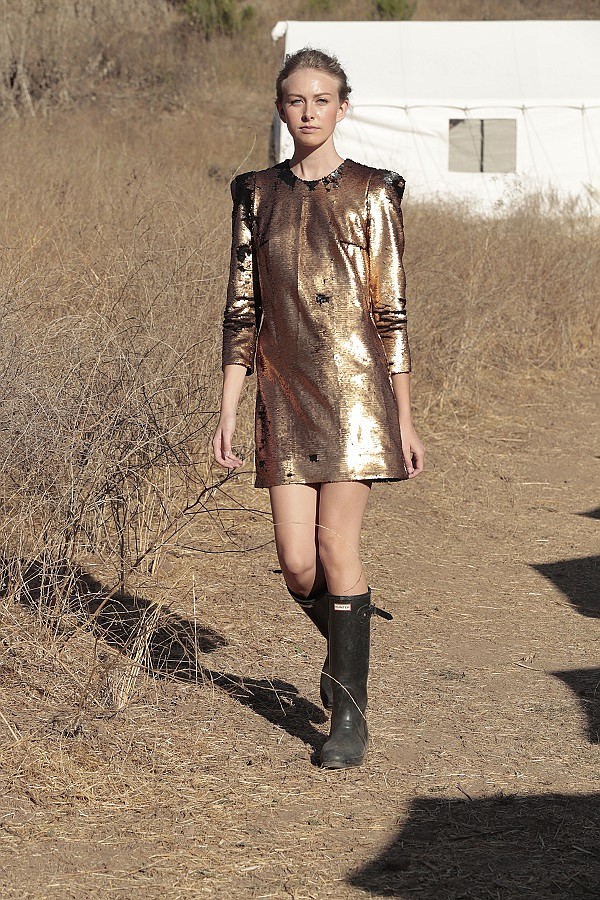 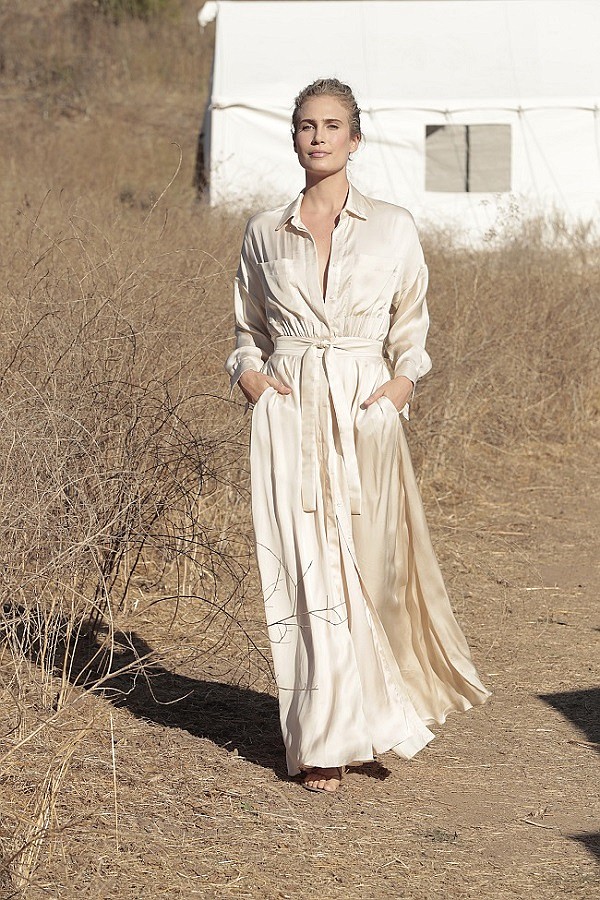 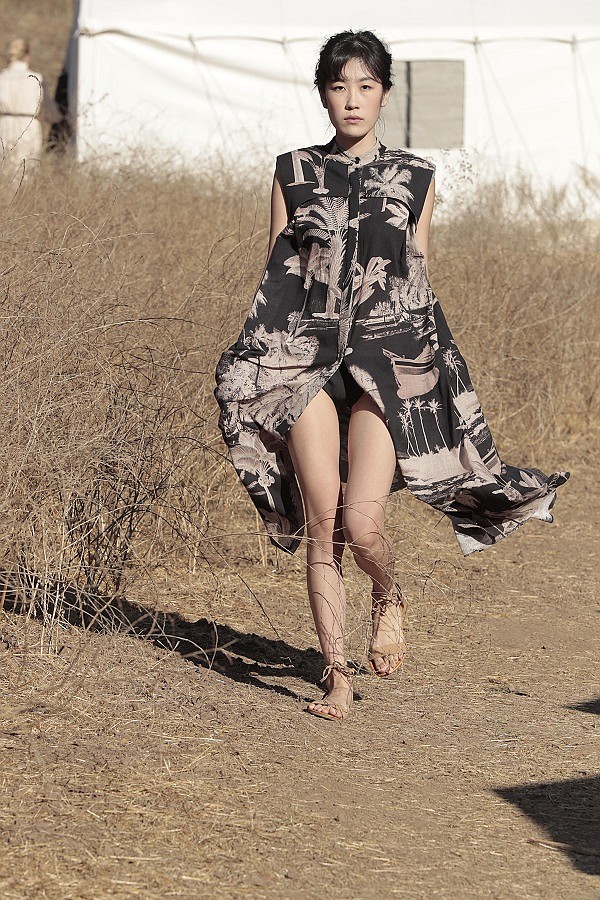 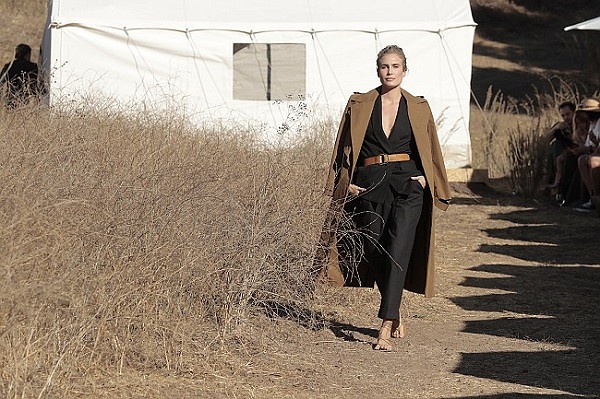 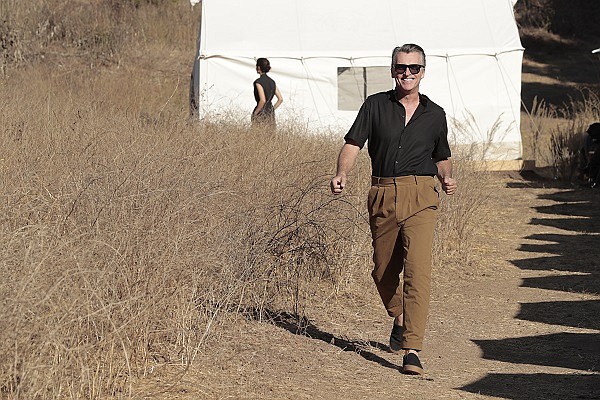 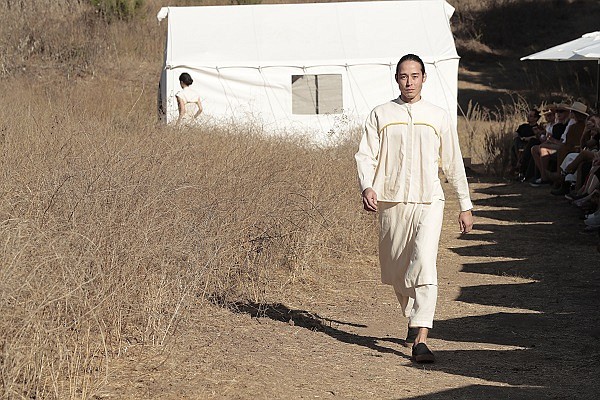