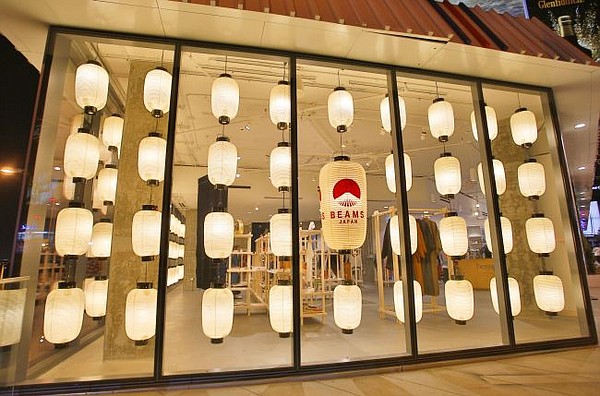 All images by Rachel Murray/Getty Images for Fred Segal Sunset

Influential Japanese retailer Beams has opened shops in Hong Kong and Bangkok, for the first time, Beams put together a major display in the Los Angeles area.

On Nov. 14, it opened a sprawling pop-up at Fred Segal Sunset in West Hollywood, Calif.

From left, John Frierson, Yo Shitara and Jeff Lotman

John Frierson, president of Fred Segal, said the pop-up shop was something of a stylistic homecoming. “Beams was originally inspired by California. It bought California styles to Japan,” Frierson said.

During the party where Japanese drinks and treats were passed out, Beams President Yo Shitara, greeted Beams fans and well wishers around the pop-up area where the brand’s lines were available, including Beams +. It’s the private label brand inspired by American menswear. Also available, Beams Boy, a menswear line for women, and Beams Couture. This line is focused around vintage pieces and deadstock fabrics.