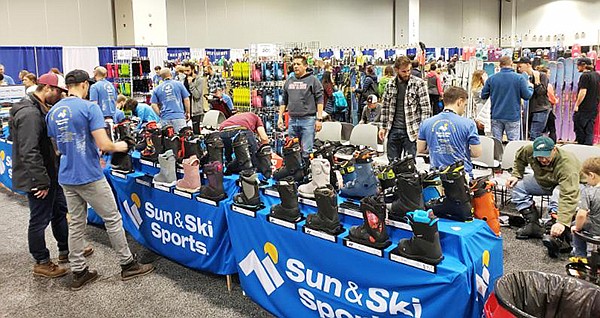 Snowsports Industry America, a nonprofit trade association, recently announced that it was going to get into the consumer-show game. The Park City, Utah–headquartered SIA released a statement on Nov. 15 announcing that it had acquired the Boston and Denver Ski & Snowboard Expos, which produce events that feature pop-up markets and exhibits for snow-sports enthusiasts, as well as entertainment.

SIA acquired the shows from BEWI Productions, Inc., for an undisclosed amount. Nick Sargent, SIA’s president, forecasted that the deal to acquire these shows would close at the end of the year. His organization plans to expand the expo shows to other American cities.

“We asked ourselves how SIA can best connect our industry directly with today’s consumer, and consumer expos make a ton of sense in this regard,” Sargent said. 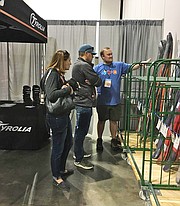 “Consumer expos create experiential and direct interactions with winter-sports enthusiasts and potential enthusiasts. These expos are intended to benefit suppliers, specialty retailers and all industry stakeholders equally. We look forward to building on the legacy and tradition that the BEWI shows have come to represent while unveiling a new modern, consumer-oriented approach to this celebration of winter,” he said.

BEWI has been producing its expo shows for 40 years. Bernard Weichsel, BEWI’s founder, said that the mission of his company was to provide snow-sports enthusiasts in Boston and Denver access to retailers, resorts and brands for a minimal entry fee of $15.

SIA made its announcement on the second day of the Boston Ski & Snowboard Expo, which ran Nov. 14–17 at the Seaport World Trade Center. Exhibitors included Burton Snowboards, Rossignol, Nordica and High Pine Outerwear, in addition to ski resorts located throughout the United States and around the world.

The Denver Ski & Snowboard Expo ran Oct. 25–27 at the Colorado Convention Center. More than 70 vendors exhibited at the Denver expo and more than 20,000 people attended the event, according to Joan Christensen, an expo representative.

Denver exhibitors included snowboarding brands such as Gnu, ski areas such as Jackson Hole Mountain Resort and retailers such as Sun & Ski Sports.

On May 24, 2017, SIA announced that it had sold its SIA Snow Show to Emerald Expositions, LLC, based in San Juan Capistrano, Calif. A California Apparel News article at the time noted that Emerald Expositions acquired the show for $16.4 million.

There’s been an uptick in interest in consumer-focused shows in the past few years. Reed POP West, a division of Reed Exhibitions, produces ComplexCon. The show recently produced its fourth annual show at the Long Beach Convention Center in Long Beach, Calif. The event featured hip-hop concerts, art exhibits, speaker panels on cultural and fashion-industry issues, as well as a pop-up market.

But the format has experienced ups and downs. A ComplexCon show was opened in Chicago this year. In an interview with California Apparel News, Robert Weinstein, who serves as vice president of marketing for Reed POP West, said that ticket sales were fine but vendors’ interest in exhibiting at the festival was flagging.