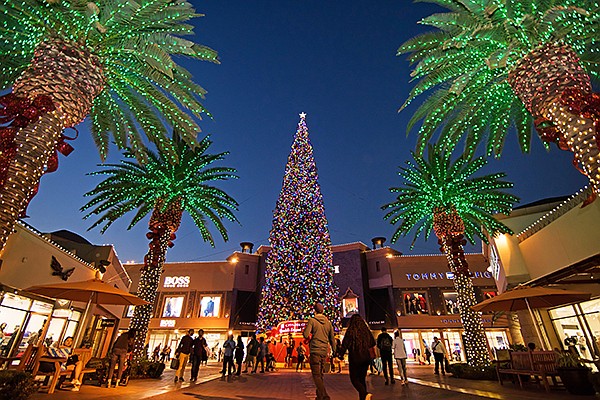 Forecasters across the board are predicting a solid holiday shopping season with an uptick in sales ranging from 2 to 5 percentage points over the 2018 shopping season.

However, analysts also warn that some curve balls might take a bit of cheer out of the season, which can make up 20 percent of a retailer’s annual sales, according to influential trade group the National Retail Federation. Because Thanksgiving falls on Nov. 28 this year, it effectively takes six shopping days out of the season. Demand for winter clothes might decline because of warm weather in some parts of the country, and unpredictable politics and trade wars might also dampen consumer confidence.

But retailers, retail analysts and investors contend that consumer spending has been resilient in 2019 and that the proverbial wave will lift all boats during the holiday, said Paul Zaffaroni, an investment banker with Roth Capital Partners in Newport Beach, Calif.

“Consumer spending has been a bright spot in the economy, and it has helped the U.S. weather the trade war with China,” he said. “At the end of the day, people are still spending money, and that will continue through the holiday season.”

Low unemployment and a strong performance in the 2019 stock market have given economists the confidence to forecast a good holiday season. The NRF forecasted a holiday increase of 3.8 percent to 4.2 percent, said Matthew Shay, the trade group’s president and chief executive officer. Online and non-store sales are forecasted to increase between 11 percent and 14 percent, or $162.6 billion and $166.9 billion.

“The U.S. economy is continuing to grow, and consumer spending is still the primary engine behind that growth,” he said in October when the NRF released its forecast. “Nonetheless, there has clearly been a slowdown brought on by considerable uncertainty around issues including trade, interest rates, global risk factors and political rhetoric. Consumers are in good financial shape, and retailers expect a strong holiday season. However, confidence could be eroded by continued deterioration of these and other variables.”

“The projected holiday season growth is, in part, due to the current health of the labor market,” Daniel Bachman, Deloitte’s U.S. economic forecaster, said when the forecast was released in September. “Near-record low unemployment rates coupled with continued monthly job creation may encourage people to spend more during the holiday season.”

A survey released on Nov. 18 from Union Bank found that two out of three U.S. consumers will give themselves a shopping budget, but it will take 33 percent of consumers more than six months to recover from holiday spending.

As with any other season, holiday spending is heavily influenced by weather. Planalytics Inc., a business consultancy that forecasts how weather will affect business, said that dry, hot temperatures in the Western U.S. during much of November drove down demand for winter clothes. Weather is forecasted to cool down in December, so demand for winter clothes will increase, according to Planalytics.

The calendar for the 2019 season also will present retailers with challenges—and some advantages. Some retailers took an early start on Black Friday business by offering doorbuster deals before the traditional start of Black Friday, the day after Thanksgiving. Retailers such as Old Navy in San Francisco started the holiday season early by posting the week of Nov. 20 Black Friday deals guaranteeing 50 percent off.

But for bricks-and-mortar, core shopping days will run between Nov. 28 and Dec. 24, with those six fewer calendar days during the crucial holiday season, said Jeff Van Sinderen, an analyst with the financial-services firm B. Riley FBR.

“Back-to-school was not that bad for better retailers. It will set up a favorable backdrop for the holiday, but it will be very promotional. It should be even more intense because of the shorter number of days from Black Friday,” Van Sinderen said. “Off-price remains one of the sweet spots in bricks-and-mortar. We continue to believe that e-commerce and omni-channel also will take market share.”

As the traditional season starts, Van Sinderen forecasted that retailers will offer similar discounts and deals as they did in the 2018 holiday season. He also expected that digital retailers would take more market share from bricks-and-mortar retailers. Another prediction was that retailers would keep their inventories relatively lean. “There won’t be as much of a disaster with clearance sales in January,” he said.

The months leading up to the holiday season gave retailers good business; however, this period’s sales also included a few shortcomings. October retail sales increased 3.1 percent in a year-over-year comparison, according to information from the U.S. Census Bureau. The retail sector with the strongest growth was digital commerce, which climbed 14.3 percent in October. Department stores recorded a 6.9 percent year-over-year decline last month.

Mixed business in October included a soft showing for Halloween, said Paula Rosenblum of RSR Research. The influential Elmsford, N.Y.–headquartered party-goods retailer Party City reported soft business for Halloween, one of the company’s most important holidays. Total retail revenue for October, which includes Halloween, declined 8 percent. Rosenblum noted that Halloween declines may not bode well for the rest of the year, she wrote in a Nov. 11 blog titled, “Are Halloween Results the Canary in the Coal Mine for U.S. Holiday Sales?” during which she explained that current events and political turmoil are taking a toll on the holiday.

“A very late Thanksgiving Day makes the ‘official’ season a week shorter than usual. [Amazon] Prime Day likely saw consumers pre-buying holiday gifts,” she wrote. “The weather has been weird all over, and fires in California are not helpful. That’s all true, but I think we’ve got a problem.”

Steve Craig, president of the Craig Realty Group, which developed and runs the Citadel Outlets and San Clemente Outlets in Southern California, maintains a good outlook for the holiday season because news headlines were not as bad as they were in 2018.

“Last year, we had 22 inches of rain and a lot of fires,” he said of extreme weather in 2018. “The stock market dropped 4,000 points during that period. But the stock market is doing a lot better. That alone will be a real plus for us.”

The Dow Jones Industrial Average, the S&P 500 and the Nasdaq Composite reached record levels in November, according to media reports. Craig was bullish enough to put together capital improvements to accommodate additional customers at the Citadel Outlets, including 400 new parking spaces. “We’re pulling out all the stops so that people will feel comfortable and safe shopping during this holiday season,” he said.