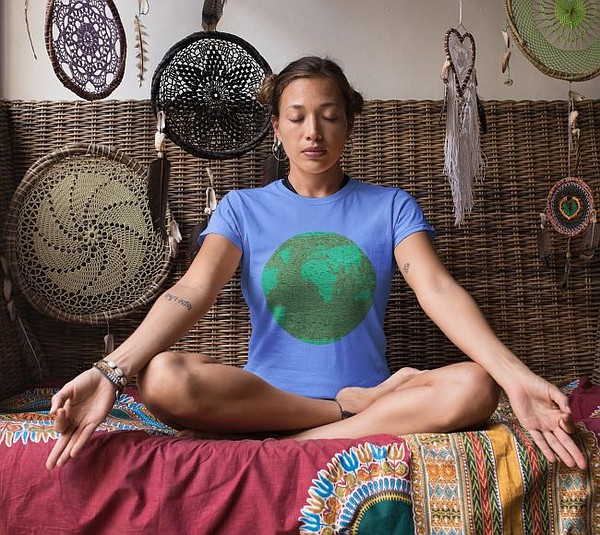 Science fiction writers, futurists and scientists all try to chart the future of our planet. Artist and filmmaker Stephon Stewart made a forecast with oil paints and canvas. In February, he created a series of paintings of the Earth, and what it would look like in a climate change disaster. The series of 16 paintings also dreamed of what the planet would look like if environmental catastrophe is avoided and the Earth blossoms.

He and Tracy Keyser of public relations firm P2R Inc. put the images on unisex tees and hoodies in a project called Global Transfiguration. The line was recently released and its sold at the prominent Ron Robinson boutiques and globaltransfiguration.com. Proceeds from sales will be given to non-profit organizations such as Climate Realty Project.

Stewart said that the line was made to have an impact. They could inspire children. “Maybe one can grow up to be the next Albert Einstein and a create a new energy source,” Stewart said. It’s also to give protesters a uniform shirt. Global Transfiguration’s Earth image is placed on the chest like the symbols for Batman and Superman. “Everyday citizens can wear the shirts and feel like superheroes,” he said. 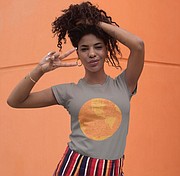 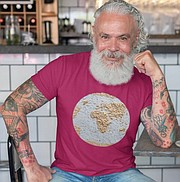