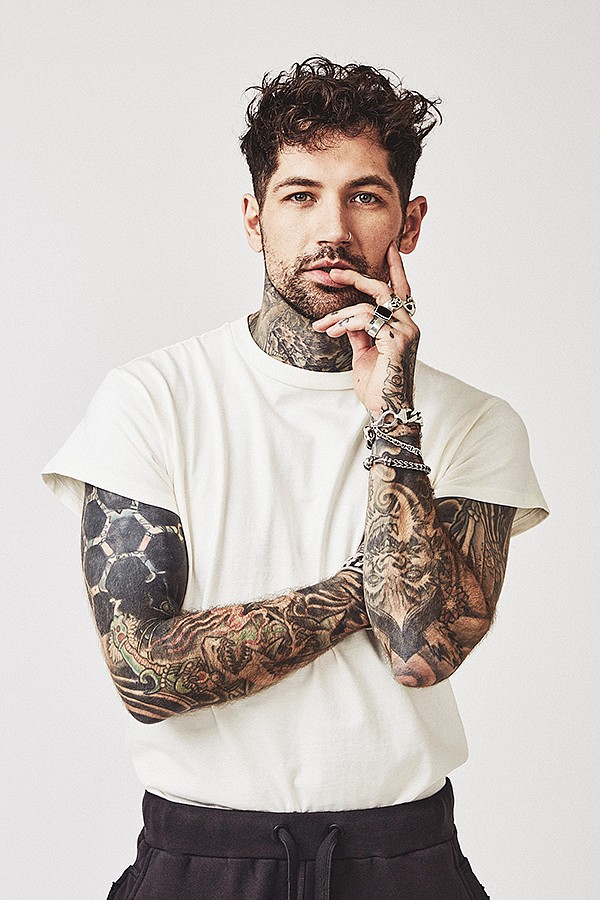 On a Mission Beyond Clothing Manufacturing, Bowie & Co. Brings New Life to L.A. 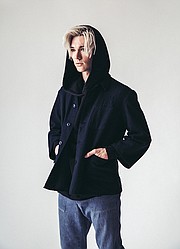 For Bowie & Co. founder Taylor McKinnon, manufacturing domestic, high-end clothes to work toward social change is a personal mission. As someone who experienced great loss, including the passing of his beloved grandmother Brenda, which led to his homelessness, McKinnon experienced firsthand the challenges of recovering from living on the street.

“I was homeless and messed up the first half of my life searching for belonging. I lost a close relative,” he said. “Life became really hard, and I made life difficult for myself. I lost everything and ended up on the streets. I was taken in by a homeless shelter called the Dream Center.”

After accepting his mistakes as his strengths, McKinnon launched Bowie & Co. in 2017 as a men’s line of denim, basics and outerwear. The brand is based in downtown Los Angeles to not only create a domestic product but also serve the community in which the company is headquartered. Through its manufacturing, label sourcing and distributor partnerships, Bowie & Co. relies on Los Angeles for many of its resources but is inspired by different corners of the globe, particularly for its fabrics.

“It’s a Japanese style but European in cut,” McKinnon said. “We’re about simplicity and layers, small batch and local. We have strong, soft fabrics.”

The brand reclaims dead stock from around the world, such as premium cottons, Lenzing Modal and Japanese selvage. Sourcing fabrics in this way not only allows Bowie & Co. to create unique pieces, but it also forces the company to abide by its mission to manufacture in small batches in an ecologically sound manner.

“I buy a lot of premium end-of-line rolls of great fabrics. A lot of companies charge a lot of money for garments made with these fabrics,” McKinnon said. “If I only get 50 T-shirts out of one roll, it’s 50 fantastic T-shirts made by really nice people that need a job in L.A.”

There are also garments in the Bowie & Co. collection that utilize vintage pieces to create new pieces. Much like the homeless, or “in-between” and “in-transition” people McKinnon wants to rehabilitate, these pieces still can offer joy through a clothing story.

“One of my favorite things to do is to go to markets and buy jackets or old, big blankets made from beautiful fabrics and panel them to give them a new life,” he said. “Someone worked really hard to make that a long time ago. We do a lot of one-off vintage pieces through repurposing them, which gives people exclusivity—everyone gets to have their own piece of Bowie.”

Building upon the locally made model, McKinnon envisions Bowie & Co. locations in different cities such as Tokyo and London, but, rather than exporting from Los Angeles, goods sold in these stores would source materials within those regions. Included in the current Los Angeles and future international locations, McKinnon plans to create apprenticeships for those in transition to learn the apparel-manufacturing trade.

In addition to its push to provide jobs in Los Angeles, Bowie & Co. also donates $7 from each sale to help feed a family for a week through the nonprofit organization God’s Pantry.

“We sell it to nice retailers, we put our money where our mouth is, and we feed a family for a week that, otherwise, they wouldn’t be able to afford groceries,” McKinnon said.

Looking toward the future, McKinnon has surrounded himself with like-minded people, including his wife, Amanda, his biggest inspiration, who supported him throughout his healing from living in the shelter to building Bowie & Co. This group of giving-focused artistic minds also includes artistic director Aaron Haxton and distributor Gil Gomez at the Black Circle Agency.

“We are one big family,” McKinnon said. We all want to see a better world. Sometimes it’s hard to get involved in something. The starting point is uncomfortable for people. Nothing separates us; we’re all the same. We’re making a change for the greater good. Love always wins, and we have to forgive quicker.”

Retail price points for Bowie & Co. range from $240 for denim to $300­–$400 for jackets. Sizing for tops ranges from S–XL, while pants are available in 30–38. The brand is sold online at www.bowie.co and at select boutique retailers such as downtown Los Angeles’ ComunityMade.