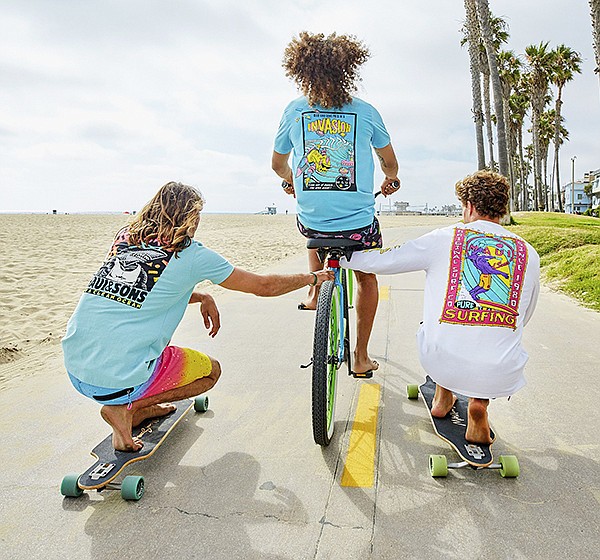 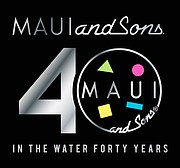 Maui and Sons’ Sharkman character and pastel-flecked cookie logo seemed to be on the back of every surfer and beach-culture enthusiast in the 1980s and early 1990s. Decades later, Maui and Sons is observing a rare milestone for a youth-oriented clothing brand as it prepares to observe its 40th anniversary in 2020.

Located in a headquarters across the street from the Pacific Ocean in Los Angeles’ Pacific Palisades neighborhood, Maui and Sons is planning to celebrate in a way that’s fitting for a brand that started business with T-shirts. It will release a couple of special anniversary collections with a nostalgic look back to the brand’s early years, Blake Harrington, the label’s chief brand officer, said.

“We were able to offer a message that has traveled for over four decades,” Harrington said of his privately held company.

The timing is good for a fashion redux. Styles from the Reagan years and particularly looks from the years that followed have experienced a big resurgence in streetwear, action-sports styles and contemporary looks that continue to trend at shops and boutiques. For the 40th-anniversary collections, Maui and Sons will release its first sustainable collection of more than six T-shirts, boardshorts and swim trunks made from recycled plastic water bottles. 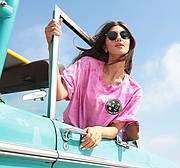 The line’s main collection will feature anniversary looks bearing brand art that has not been seen since the early 1990s. Hangtags will feature a special anniversary logo featuring the number 40 in which the brand’s cookie logo takes the place of the 0.

Tees in the primary collection will retail from $25 to $30. The sustainable T-shirts will retail for $35 to $40. The line also will include boardshorts, tank tops and soft accessories such as hip packs and trucker-style caps. They will be delivered to shops in January and April. Sometime in mid-2020, the brand will produce a gallery show of early and rare Maui and Sons graphics from artist Rick Rietveld, who created some of the brand’s most popular images.

Influential surf retailer Jack’s Surfboards in Huntington Beach, Calif., was one of the first retailers to carry the brand, said Bob Abdel, a partner and buyer at the shop. The brand was operating on a shoestring budget in its early days. Abdel remembered giving advances to the brand and sometimes provided blanks to the company so Maui and Sons tees could be printed for Jack’s. It was worth giving the help, Abdel said. The tees would sell out.

“Everyone wanted the Sharkman,” he said. “It was very successful.”

More than 15 years ago, Jack’s dropped the brand, but Maui and Sons was reintroduced around 2015 when the influential surf retailer was looking for vintage surf brands to sell. Abdel didn’t know how the brand would perform on the shop floor, but he said it immediately did well. It gave a hint of nostalgia to people who were teenagers and young adults in the 1980s and early 1990s. Today’s teenagers and young adults loved the neon boardshorts with the high 13-inch inseams, he said.

“We’ve been doing super good with it,” he said. “We refill it every week.”

Maui and Sons founder Jeff Yokoyama left the brand in 1989, the same year it filed for Chapter 11 bankruptcy, and he has since started other brands such as Modern Amusement. Richard Harrington, a businessman who had licensed the brand to European companies since 1983, acquired the label. He expanded the brand’s business by licensing it around the globe. Maui and Sons has been a big hit in Chile, where sibling company Maui and Sons Chile operates 48 Maui and Sons–branded stores, distributes to department stores and also designs graphics specifically for its market, Blake Harrington said.

But there were costs to success. By the first decade of the 21st century, the brand stopped distributing to specialty stores. It had lost popularity with its original demographic of consumers who live and breathe surf-and-beach culture, Harrington said.

The brand’s executives did some soul searching and wanted to reengage with the specialty market. Many of its licenses had expired by 2009, and the brand took them back. Also that year, Opening Ceremony approached Maui and Sons to work on a collaboration line for its hipster customers. The line was a hit, Harrington said. The brand continues to work with specialty stores such as Jack’s and Tilly’s. It also works with department stores such as Macy’s.

Licensing is still an important part of the brand, Harrington said. “This brand transcends categories. We don’t want to be pigeonholed in apparel. We do footwear and eyewear, backpacks, stationery. There’s also a food-and-beverage division,” he said of its Maui and Sons coconut water and coconut chips.

Photos courtesy of Maui and Sons.