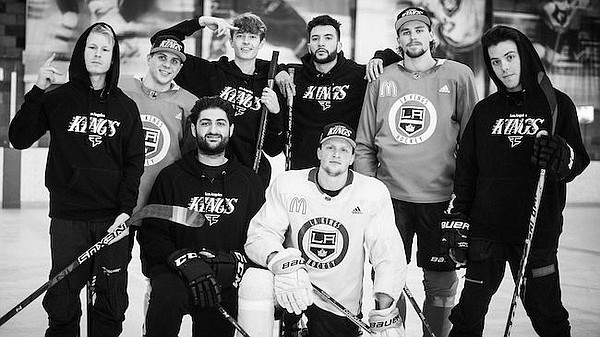 The team has been producing its Fight2Fund charity tournament where it raises funds by playing popular online video games such as "Call of Duty: Warzone." Participating in last week’s tournament were players from the Los Angeles Kings National Hockey League team, such as Adrian Kempe, Austin Wagner, Ben Hutton and Blake Lizotte. Greg Selkoe, a FaZe Clan executive whose title is 'preZident,' said that $60,000 was raised for non-profits fighting the Coronavirus pandemic during the week when the Kings players competed.

Like any other competitive team, FaZe Clan has a merchandise program, and it’s been expanding its game. 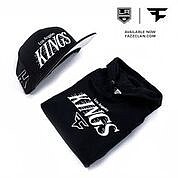 It recently released a collaboration with the Kings. The FaZe x LA Kings limited edition drop features a snapback cap and a hoodie which bears the eSports team's logo and the Kings logo from its celebrated Wayne Gretzky era which ran from the late 1980s to the early 1990s. Erik Marino, FaZe Clan’s creative director, came up with the concept for the collaboration’s logos. Selkoe said that the logos were inspired by the hip hop of the Gretzky era. “Ice Cube, Snoop Dogg and DJ Quik wore those logos,” Selkoe said. “We use multiple pop culture references in our merchandise. It’s not just gaming.”

Retail price points range from $30 for the cap to $60 for the hoodie. It’s being sold on fazeclan.com.