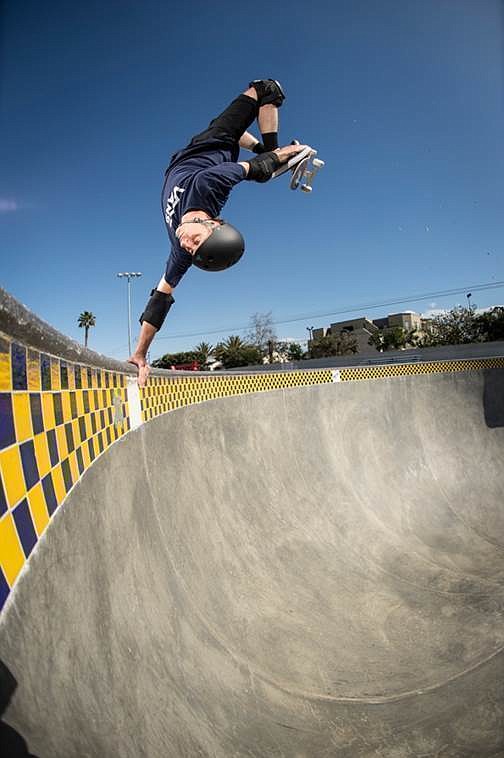 Tony Hawk at the Vans Off the Wall Skatepark in Huntington Beach, Calif. Photo: Michael Burnett

With a shared skateboarding legacy, Costa Mesa, Calif., action-sports brand Vans and skateboard legend Tony Hawk announced a new brand partnership. As a global brand ambassador for Vans, Hawk will not only engage with audiences and consumers through branding platforms but also serve as a commentator for the Vans Park Series, the brand’s tour that features men’s and women’s park-terrain skateboarding.

“Vans has supported skateboarding since the very beginning and never wavered in its commitment, even with massive mainstream success,” Hawk said. “I have always respected their integrity, so it is an honor to officially join forces and help continue to grow the skateboarding culture in the most authentic way possible.”

Through this partnership, Vans and Hawk will work together to produce a new professional skateboarding competition. According to Hawk, his history with the brand began in 1978 when he started wearing its products as his first skateboarding shoes.

“Tony Hawk’s name is synonymous with skateboarding for fans around the world,” said Bobby Gascon, global director of action sports for Vans. “He is a pioneer and has inspired millions to pick up a board with his incredible talent. We are honored that he’ll be supporting Vans’ mission to promote and grow skateboarding globally.”

On the heels of Vans’ launch of its Foot the Bill initiative, which helps its independent partners around the globe during their struggles with devastating COVID-19 business impacts, Hawk expressed his eagerness to support the brand as it expands its reach to help. The initiative will provide custom-designed footwear to partners, which will generate support directly to small businesses as they receive net proceeds from the sale of each Vans Customs pair sold through the program.

“These days are extremely difficult for so many, which is why we are hoping to provide some fun and creativity for the global community to enjoy,” Hawk said of the program. “In unprecedented times like these, we need to stay positive, support each other and keep creating.”