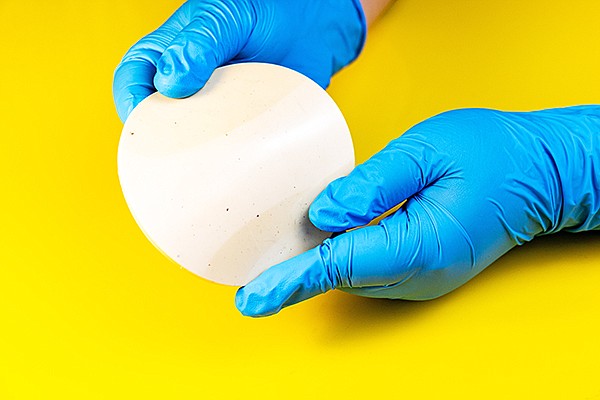 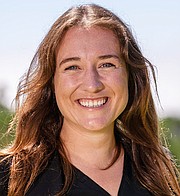 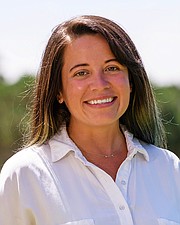 Through its efforts to close the loop on plastics pollution, BioCellection has advanced its program from recycling this type of waste by expanding into creating performance materials that could be utilized by the apparel industry. The company, founded by Miranda Wang and Jeanny Yao, began with the mission to convert polyethylene waste into chemicals utilized by makers of textiles to create materials such as nylon.

Under the leadership of Dr. Jennifer Le Roy, the San Francisco Bay Area technology startup expanded its focus to not only chemically transform previously unrecyclable plastic waste into chemical building blocks, but to also make sustainable materials that can be directly incorporated into consumer products. Le Roy, who joined the company from a green-technology academic background, quickly rose among the ranks, starting as director of research and development to become BioCellection’s chief technology officer, a promotion that was announced April 13. Not only does Le Roy believe in BioCellection’s mission, but she also feels a responsibility to increase the environmental health of the planet.

“I believe in using science to drive a greener future for everybody,” she explained. “Not only do I believe the environment is worth fighting for, but I also believe that we have the capacity to achieve a circular economy.”

Using the company’s trademarked Accelerated Thermal Oxidative Decomposition chemical-recycling platform, Senior Scientist in Polyurethane Development and recently named brand ambassador Dr. Katrina Knauer was able to create a material that could be used to manufacture consumer products. After working with the large chemical firm BASF, Knauer joined BioCellection and became enamored with its mission to use chemistry as a natural means of contributing to the creation of a circular economy. Joining the company in July, Knauer became a member of the BioCellection team during an exciting time when the company was preparing to expand its innovative reach.

“It was this past year, 2019, when Miranda, Jeanny and Jennifer decided to steer the company focus away from chemical intermediates and put the chemicals we were deriving into new materials. After that pivot, it happened quickly, things started coming together so fluidly,” Knauer said. “This spin into innovative materials has been maybe six months that we developed all these prototypes.”

“It’s amazing how fast these can happen when you’re surrounded by an incredibly motivated team with a clear mission,” Knauer explained.

Each scientist contributed to identifying the appropriate ways to use the basic chemicals needed for the creation of quality recycled materials, resulting in a valuable prototype for a milestone in creating apparel from recycled-plastic materials.

“Monomers are the building blocks. They are the building blocks to high-value, high-performing polymeric materials such as polyurethane,” Knauer explained. “We have polymer scientists, so we decided to start making these polymers. It also happened to be a space where polyurethanes are used in a great deal of applications in the apparel industry, especially in footwear.”

As a greater amount of influential brands continue to build on sustainable targets, many of which include goals to be met within the next five to 10 years, the need will grow for resources such as the first commercial-grade, performance-level thermoplastic polyurethane created using a large amount of post-consumer recycled content that was developed by Knauer. For BioCellection, the company’s entrance into manufacturing these materials was timely, and Knauer estimates the product will reach the commercial space within the next two years.

“In the last few years, this industry has come under quite a bit of scrutiny due to waste production and sustainability regulations,” Knauer said. “Brands such as Adidas and Nike are making promises that by 2025 they will use so much recycled content and sustainable sources.”

While the possibilities to expand from footwear into other types of apparel are a reality, starting in the performance-goods space affords an opportunity to show that there is the potential to close the loop on post-consumer plastics.

“We are in the position now, because of the prototypes that were developed, to offer essentially one of the first polyurethane products to exist that contains post-consumer recycled content without sacrificing performance, price or properties,” Knauer said.

Though the team worked diligently to develop a prototype of elastomers that could yield products in an array of colors and properties, they would like to completely close the loop on recycled plastics. Discussions at BioCellection have included developing programs through which consumers could dispose of their used items to be processed again. Due to the ability of the company’s product to be recycled, a circular economy in this space is possible.

“When people think circularity, they think they have to take polyethylene and make polyethylene again. We are looking at it differently. What if you can take polyethene and create something to use in a shoe and it can be recycled again?” Knauer explained. “Now we have a long-term-use material that is 100 percent recyclable.”

While many apparel companies are interested in approaching their supply chains with greater sustainable sources, consumer demand is the primary motivator. Despite increasing demand for greener apparel, Le Roy notes that there remains a stigma surrounding goods created from recycled materials, particularly plastics.

“There is this preconceived notion in sustainable fashion that recycled materials, high quality and price are at odds with one another,” she explained. “If I do nothing else during my tenure at BioCellection, I would love to prove that that statement is not accurate.”

Shifting the consumer mindset toward accepting these plastics as quality products that are made to last can be challenging. With a change in consumer tastes, Knauer is hopeful that once the public is able to see a well-constructed, attractive item that is resilient enough to yield high performance, consumers will see that there is beauty to be found in products made from recycled plastics.

“Instead of melting it down to become another grocery bag, we are trying to create something beautiful and useful and you love it. You run in them or surf on it and you use it in every part of your life,” she said. “Consumers can feel better because they are not buying something that they throw away to become waste—it was already waste. It’s a powerful message.”