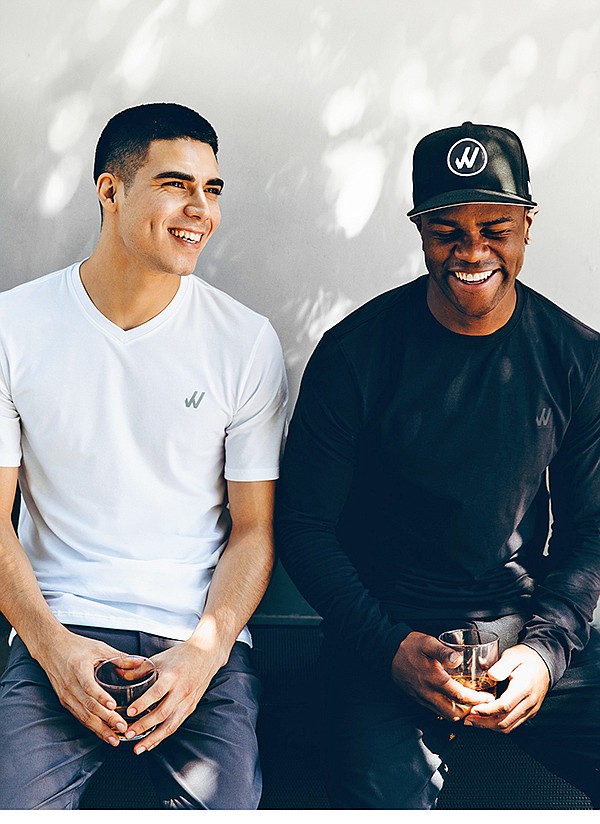 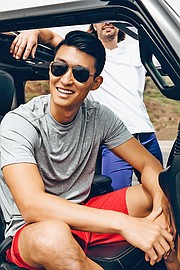 The United States market for men’s activewear is growing. The segment comprises 51 percent of the market share for the $50.3 billion U.S. adult activewear category, according to market researchers The NPD Group. According to serial entrepreneur Charles Nelson, co-founder of Sprinkles Cupcakes and the Pizzana restaurant, the men’s activewear segment is still underserved.

After years of indulging in a category focused on food, Nelson decided to enter the men’s active segment by starting the athleisure line Willy California with business partner Jeff Sockwell, whom he met at the University of Virginia. Following their time at the East Coast school, both men pursued investment banking but embarked upon separate professional paths. Eventually, the friends reconnected on the West Coast, starting a business due to a shared need for apparel that could run the daily gamut of business meetings, coaching kids’ extracurricular activities and their own workouts.

Headquartered and manufactured in Los Angeles, Willy California officially started in July 2019 and has been mostly selling on its direct-to-consumer channel, www.willycalifornia.com, Nelson said.

“We’re competing in a market of female brands that have men’s lines, but there are not many who focus on men,” Nelson said. “It was for someone like me who is working in the kitchen, coaching soccer teams and taking meetings. I wanted something that could float between the worlds of meetings, sports and working out.” 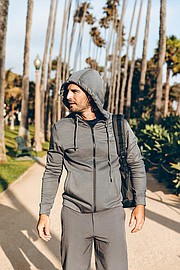 The new line’s name and logo are a statement of intention. Nelson and Sockwell thought that the name Willy was something of an everyman’s name. It’s also the name of the brand’s mascot, Nelson’s dog, a Norwich terrier.

Adding California to the label’s name was important to create a link to the Golden State through which consumers could connect with the region. The line’s co-founders wanted the brand name to evoke the California lifestyle by being manufactured in the state.

The brand’s logo is the letter W, whose design resembles two checkmarks. For the co-founders, these checkmarks signify the two main activities in men’s lives—work and play.

None of the brand’s items are priced over $100, Nelson said. One of the best-selling items is the workout short, which is cut to fall just above the knee. “It’s the lightest product on the market. It has structure, but it is light,” Nelson said. Another popular item is Willy California’s bottom design named The Nicer Pants, which retail for $100. Made out of a four-way-stretch fabric, they are intended to have the silhouette of a slim-fit chino pant.

Other looks include a zip-up hoodie, which features YKK zippers, and the quarter-zip pullover, which matches track pants inspired by the 1980s Adidas designs.

The line also features details such as grommets bearing the line’s logo plus a number of colorways named after California towns. There’s a gray called Mendocino. A cobalt blue is named Venice. The line’s black is named Hollywood. The line’s sizes range from S to XXL.

Willy California marks the first apparel venture attempted by Nelson and Sockwell. While business has been harder for the apparel industry than it has been in the past, Nelson, relying on his career as an investment banker, said that he was inspired by the challenge. 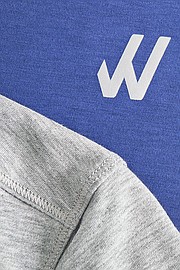 While he started as a novice in all of these businesses, there were guidelines to success in each venture. “We valued employees and supply chains,” Nelson said. “If you deliver high-quality product at a reasonable price and provide a great customer experience, you have a chance at being successful at every business you try.”

He also said that starting a business is no piece of cake. “It’s hard to put yourself out in any of these businesses,” Nelson said. “You learn about what you don’t know every day. If you apply learnings to the next day, you can be so much better.”

As professionals who welcome challenges, Nelson and Sockwell are meeting the need to contribute to their community during the fight against the coronavirus pandemic. In the past month, Willy California has added philanthropy to the mix in order to fight against the COVID-19 pandemic. It recently donated 250 medical face masks to the Torrance Memorial Medical Center in Torrance, Calif.

Willy California also is selling nonmedical face masks on its direct-to-consumer channel. For every $15 nonmedical face mask sold it will donate three face masks to the Torrance Memorial Medical Center. It also pledged to donate 10 percent of its sales to the hunger-relief organization No Kid Hungry through April 30.