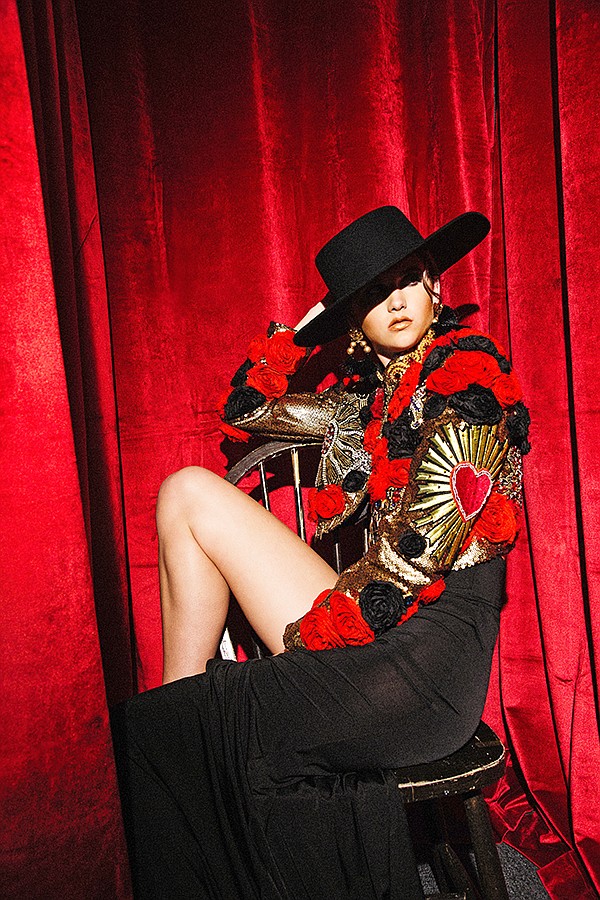 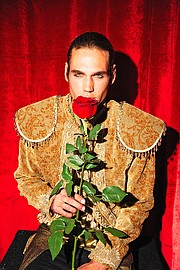 In contrast to her previous Revelations collection for her NG Black label, Nathalia Gaviria delved deep into the mysteries of Catholicism blended with influences of Spanish culture for her NG Gold Fall 2020 collection, Confessions. Long an admirer of Catholic imagery, including architectural details of sacred spaces and the gowns in which Catholicism’s Mary, the Virgin Mother, appeared, Gaviria created a line that modernizes these elements.

“When a tourist enters a beautiful church, they take time analyzing the statues, moldings and ceiling,” Gaviria said. “I want to get the same reaction when someone looks at one of my jackets. I want them to stare at them and start discovering all the little details. They are very elaborate, all handmade. I am very proud of this capsule collection for NG Gold. I feel that the rebel core of the brand still shines through.”

Combining the influences of both Catholicism and Spanish culture is no accident. The Colombia-born designer, who now calls Los Angeles home, sees a connection between this collection and her upbringing.

“Confessions is a homage to Catholic imagery with a touch of Spanish culture,” she explained. “I guess it is because my birthplace, Colombia, was colonized by Spain that my brain kind of mixes both of those references.”

The apocalyptic Revelations sportswear collection from last season took notes from the Bible’s final book of the New Testament with utilitarian styles of priests’ garments using black, white and gray and blending long, protective capes with added functional packs worn on the front of the body. With Confessions, Gaviria brings life to her garments in reds, golds, silvers and blues and features adornments such as intricately detailed headwear, sequins and beading.

“I thought to make the total opposite [of Revelations] by doing Confessions for NG Gold, not only using a lot of color but contrasting the chic minimalism of Revelations with a maximalist aesthetic,” she said. “I love to be able to create two different concepts like this.”