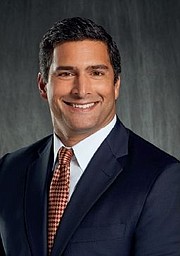 A string of high-profile bankruptcies caused by the COVID-19 pandemic have been filed, and the latest is Tailored Brands, Inc. The Fremont, Calif.–headquartered business is the parent company of fashion retailers Men’s Wearhouse, Jos. A. Bank, Moores Clothing for Men and the K&G Fashion Superstore.

Tailored Brands filed for a voluntary Chapter 11 bankruptcy in U.S. Bankruptcy Court for the Southern District of Texas, according to a company statement released on Aug. 2. The company anticipates being able to run most of its stores and operations through the restructuring as it had received commitments for $500 million in debtor-in-possession financing from its credit-facility lenders. It is also able to access a reserve of $90 million in cash that was previously restricted but will be available to help fund the company’s operational and restructuring needs, according to a statement.

Tailored Brands also notified investors that the New York Stock Exchange will delist its stock, which was traded under the ticker of TLRD. However, this bankruptcy will help accelerate the company’s campaign to streamline its business, which was announced July 21, said Dinesh Lathi, Tailored Brands’ president and chief executive officer.

“Reaching an agreement with our lenders represents a critical milestone toward our goal of becoming a stronger company that has the financial and operational flexibility to compete and win in the rapidly evolving retail environment,” he said.