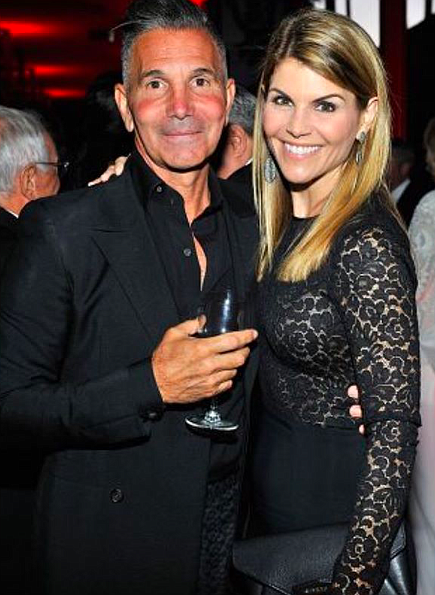 One chapter in the 2019 Operation Varsity Blues college-admissions bribery scandal was closed Aug. 21 when designer Mossimo Giannulli and Lori Loughlin, his actor wife, were sentenced for their involvement.

Giannulli was sentenced to five months in prison and two years of supervised release. During the time of supervised relief, he will be required to complete 250 hours of community service and was also ordered to pay a fine of $250,000, according to a statement from the U.S Attorney’s Office of the District of Massachusetts.

In May, both Giannulli and Loughlin pled guilty to a single count of conspiracy to commit wire and mail fraud. They paid $500,000 to a corrupt college-admissions consultant to get their daughters admitted to the University of Southern California under fake athletic résumés.

Before the sentencing, Giannulli apologized for breaking the law, according to media reports.

“I deeply regret the harm that my actions have caused my daughters, my wife and others,” Giannulli said. “I take full responsibility for my conduct. I’m ready to accept the consequences and move forward with the lessons I’ve learned from this experience.”

During the sentencing, which was broadcast on Zoom, Judge Nathaniel M. Gorton told the court that Giannulli’s crime was “motivated by hubris.” He hoped that it would send a message that parents cannot bribe admissions officials to gain a place for their children at a college.

“That’s not the way it works in this country,” Gorton said.

Loughlin was sentenced to two months in prison. She is also required to pay a $150,000 fine and complete 100 hours of community service.

Giannulli gained notoriety in the fashion business for his self-named, beach culture–influenced streetwear line Mossimo. In 1996, the company went public. In 2000, the company announced a $27.8 million licensing agreement with Target. In 2006, Mossimo was acquired by the Iconix Brand Group.

*In an earlier version of this story, the sentencing date was inaccurately noted as Aug. 20, rather than Aug. 21.