Digital Commerce Grows in a Black Friday Marked by Change 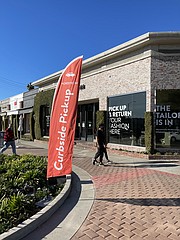 It was a Black Friday Weekend during which digital commerce surged. More than 100 million consumers shopped online on Nov. 27, Black Friday, the traditional start of the holiday season, and Small Business Saturday, Nov. 28, according to the National Retail Federation trade group. The number of people shopping online increased 8 percent over the Black Friday Weekend, which ran from Thanksgiving, Nov. 26, through Cyber Monday, Nov. 30, compared to the same weekend in 2019.

An estimated 186.4 million consumers shopped over the 2020 Black Friday Weekend, according to a survey released Dec. 1 by the NRF and Prosper Insights & Analytics. The NRF said that the survey showed that business was good despite a number of challenges including COVID-19 and the economic fallout from the pandemic.

“This five-day holiday weekend was unlike any other we have seen,” Shay said. “We knew the pandemic would affect in-store traffic.”

Other market-research groups also found that the 2020 Black Friday Weekend not only provided a stage for a major increase in e-commerce business but also featured a big leap for omni-channel retail. Salesforce, a San Francisco–headquartered customer-relationship-management platform, also surveyed shopping during what it called Cyber Week, Nov. 24–30. It found that consumers in the United States spent $60 billion on digital commerce during that period, though social-media platforms made up only 4 percent of digital orders.

Salesforce also found retailers that offered omni-channel delivery options such as curbside pickup at physical stores increased their digital revenue by 29 percent compared to the same period the previous year.

Changes in Black Friday retail were perhaps most felt at malls. At the Glendale Galleria in Glendale, Calif., omni-channel retail played a more important role in the business of the Galleria’s JCPenney store, said General Manager Brett Wolever.

“Curbside pickup has been huge this year. This is new for us. A lot of customers are taking advantage of it. We had hundreds of orders when we first came in this morning,” Wolever said of Black Friday.

Social-distancing rules required by government authorities such as the State of California and the Los Angeles County Department of Public Health also changed other aspects of Black Friday shopping. To prevent the spread of COVID-19, stores were ordered to only allow 25 percent of a retailer’s typical consumer capacity inside. Still, Southern California mall managers such as Steven Sayers of the Glendale Galleria reported that crowds were good.

“It is certainly not as busy as past years, but there were a lot of people shopping and shopping safely,” Sayers said.

Debra Gunn Downing, a spokesperson for South Coast Plaza in Costa Mesa, Calif., also said that her retail center was busy throughout the entire Black Friday Weekend though consumer traffic volume was lower than previous years.

Consumer traffic also appeared to decline on many retail streets during Small Business Saturday. While shoppers lined up in front of stores offering exclusive products, retailers such as Arlington Forbes, co-owner of Canvas Malibu in Malibu, Calif., said that the pace of business was much slower than previous years.

“It’s a challenging time. There’s a lot of confusion. A lot of people don’t know what they should be doing. Should they be at home or should they be at the mall? It had tremendous impact,” Forbes said.

Dan Jablons, president of the Los Angeles–based Retail Smart Guys consultancy group, also said that pandemic restrictions have helped businesses in that only the most serious shoppers are going to stores. “It’s not a casual browse; sales are being closed faster,” Jablons said. The mindset is good for retailers as long as they apply effective marketing techniques to get customers into the stores.

“The key is to turn faster than before,” he said. “We’re pushing people to plan their assortments. There are plenty of people who buy, buy, buy.”

For the retail industry, 2020 might be a year of exception, said the NRF’s Shay. “Black Friday is a consumer day that once upon a time was a day of consequence and remains of consequence,” Shay said during a Dec. 1 conference call with reporters. “If we roll the clock forward a year and vaccines are widely and safely distributed I wouldn’t be surprised if Black Friday will be the biggest in years. Black Friday will be relevant in the future no matter what happens.”