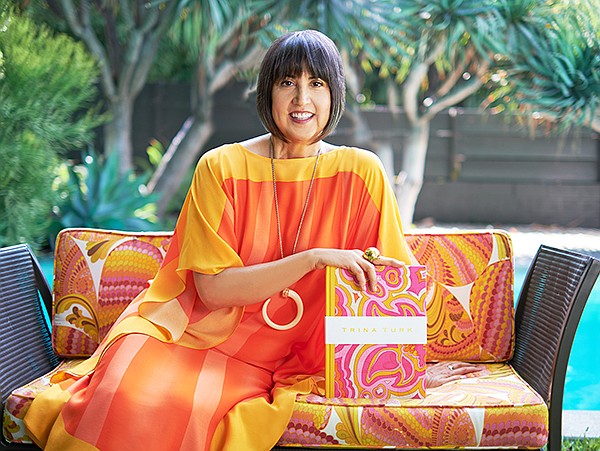 After 25 years of designing her eponymous fashion line, Trina Turk has influenced not only clothing but also the worlds of home design and travel. As she reflected on this milestone anniversary, the California designer released her book “Trina Turk” to share her colorful world with others as she recalled her own influences.

The book includes prints from Trina Turk collections past, visions from her home projects, input from design experts and fashion inspiration from some of the icons whose work she admires including Bill Blass, Livio De Simone, Christian Dior, Rudi Gernreich, Emilio Pucci and Ken Scott. Also included in the book are a number of photographs from Turk’s travels and collections, many of which were taken by her late husband, photographer and Mr. Turk designer Jonathan Skow, who passed away in 2018.

A source of her inspiration is also found in Turk’s global travels, which were put on hold during 2020, yet she still identified ways to feed her wanderlust. Citing Palm Springs as a “constant source of inspiration,” Turk also found joy in road tripping around California and discovered opportunities amid the uncertainty of this year.

“This year has brought up a lot of ideas as to what is important and what is not important,” Turk said. “More sustainable, more relevant, more inclusive—all of those things—so those are conversations we are having right now.”