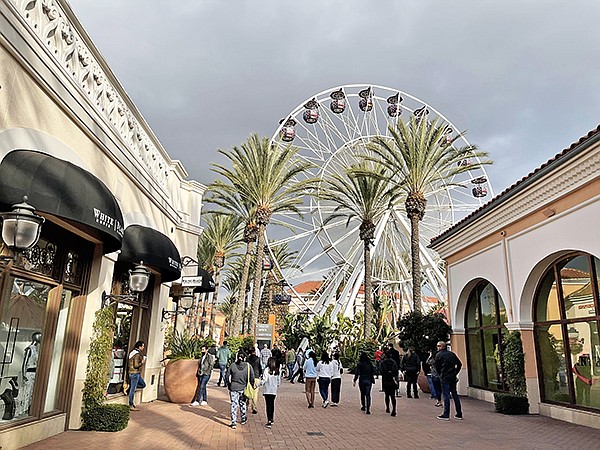 Various forecasters have predicted a solid shopping season. The National Retail Federation trade group forecasted that holiday sales would increase 3.6 percent to 5.2 percent or from $755.3 billion to $766.7 billion in sales compared to the 2019 holiday season.

But forecasts could be skewed in a year that has been like no other in memory. The COVID-19 pandemic’s stay-at-home orders have upended bricks-and-mortar retail for much of the year. Los Angeles County’s physical shops have had to restrict the number of people who can shop in a store location to 20 percent of their capacity during the busy holiday season.

Against this backdrop, retail consultants and analysts have been evaluating ways for retailers to gain the most out of the final week of the shopping season and how to navigate the months after Christmas.

The last shopping week might give bricks-and-mortar shops a boost, said Pat Johnson and Dick Outcalt, co-founders of Outcalt & Johnson: Retail Strategists, LLC. With e-commerce skyrocketing this year, logistics-and-shipping companies have been overburdened. For those shoppers who still intend to do holiday shopping during the last week of the season, their only option to pick up gifts might be to shop at bricks-and-mortar locations.

To overcome shoppers’ reluctance to enter a store during the pandemic, some retailers have set up a restaurant-style reservation system. Time is reserved for shoppers to have a boutique to themselves, Outcalt said. This more-intimate setting affords opportunities for retailers to dedicate time to individual shoppers, many of whom are serious about buying and will be more inclined to make purchases. It’s also a way to show that a retailer cares, Johnson said. “We respect you. We respect the rules, and we are looking out for everyone’s well-being,” she said this gesture expresses.

The Outcalt & Johnson strategists also forecasted another possible surge of buying post-Christmas when people redeem gift cards. Since consumers couldn’t spend money on restaurants and entertainment this year as they have in the past, there is pent-up demand to spend on something, and it might be goods in a boutique, Johnson said.

To get the most business out of the final week of the season, retailers—especially those who don’t have a strong e-commerce presence—must make a concerted effort to put their goods on consumers’ radars, said Ron Friedman, a Los Angeles­–based partner and head of consumer products and retail at Marcum, LLP,an accounting and advisory firm.

While the year has been tough, grim news headlines prepared retailers to plan for a season where demand might not be as high as past seasons, said Jeff Van Sinderen, senior analyst for B. Riley Securities, a financial-services company headquartered in Los Angeles. Many retail buyers were able to make smart decisions that would help provide more financial security during an uncertain time. “Most retailers have been fairly conservative with inventory buys,” he said. “Promotions have been sane.” Retailers won’t be compelled to give big discounts to liquidate inventory, he said.

Another major boost for the holiday would be Congress’s passage of a stimulus bill. “We don’t know if we’ll have a stimulus bill at this point,” Van Sinderen said. “There are a lot of things that are unknown. This is the most unpredictable time I’ve ever seen.”