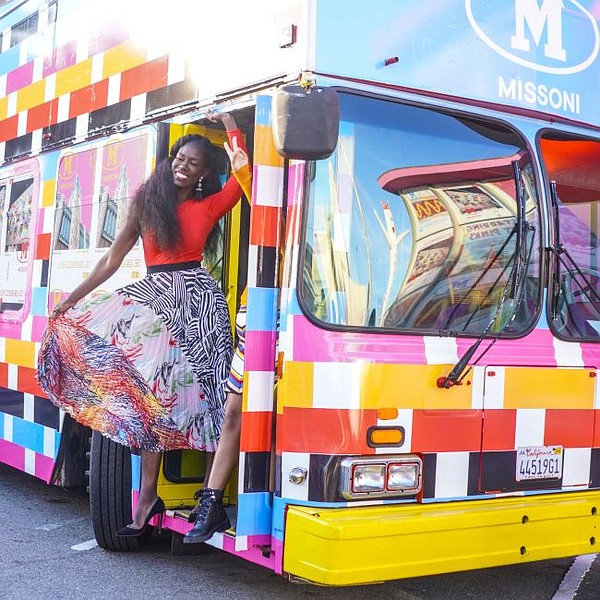 All photos by Tim Regas

MMerica's mission is to repurpose and remix Missoni deadstock fabrics into gender-bendy styles, which featured looks such as shirt dresses, minivests, sweatshirts and crop tops, all were probably meant to be worn in a lighthearted way. 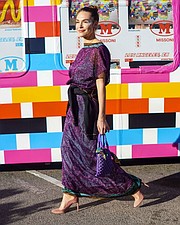 It could be one reason why the event’s runway show featured models traipsing off of the bus and dancing across the parking lot to a dance platform. During the show, models tap danced, performed hip hop moves, while others attempted a skank dance.

The show’s models came in all shapes and sizes. Some looked like they may have been north of the age 55. One walked with prosthetic legs. For a coda of the 60-look show, a DJ played The Beatles’ 1967 tune Magic Mystery Tour, a joyful song about a trip on a psychedelic bus filled with wacky, colorful people. Sound familiar?

Accompanying the bus was designer Margherita Missoni. In the crowd was Angela Missoni, the fashion houses’ creative director and president. Also attending was James Goldstein, NBA and fashion superfan who often can be seen wearing leather cowboy hats and sequin coats at Lakers games and fashion shows. Model Shaun Ross witnessed the show, as well as Raan Parton, co-founder of the Apolis brand and founder of retail projects such as Free Market.

The crowd was treated to vegan as well as beef hot dogs by restaurant staff wearing Missoni T-shirts, said Richard Pink, a co-owner of the popular hot dog restaurant. It also was the restaurant’s first fashion event. “It was the first big party in 80 years,” he said. 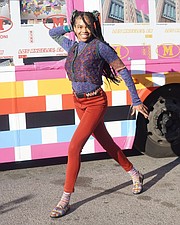 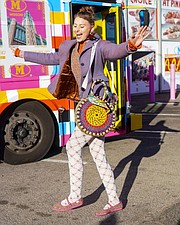 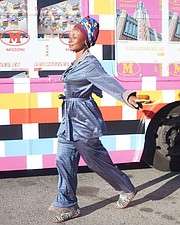