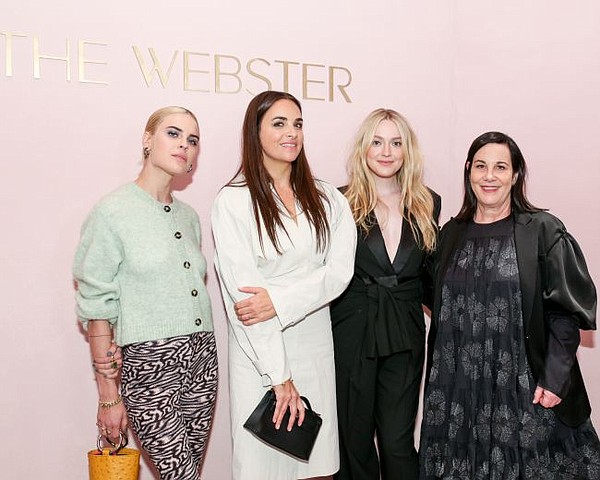 On Feb. 6, the independent, multibrand retailer The Webster threw itself a party for the debut of its sprawling 11,000-square-foot space at Los Angeles’ Beverly Center.

Housed in the former Hard Rock Café space on Beverly and San Vicente boulevards, Beverly Center's The Webster has its own dedicated entrance and a private valet-parking service. The new shop is the 7th location for The Webster. It offers a wide-range of wares from stylish fashion houses and brands ranging from Valentino to Vans.

Taking place just a few days before the Oscars, the Webster debut party was a Hollywood affair. Party guests included Arianne Phillips, who was nominated for a costume-design Oscar for her work on "Once Upon A Time in Hollywood." Movie star Demi Moore and her actor daughters Rumer Willis, Tallulah Willis and Scout Willis also partied for the new store. Dakota Fanning and Busy Phillips made the scene too.

Top brass from Beverly Center owner and manager Taubman, such as Bill Taubman, the company’s chief operating officer, went to the event. The COO took pictures with Laure Hériard Dubreuil, The Webster’s founder.